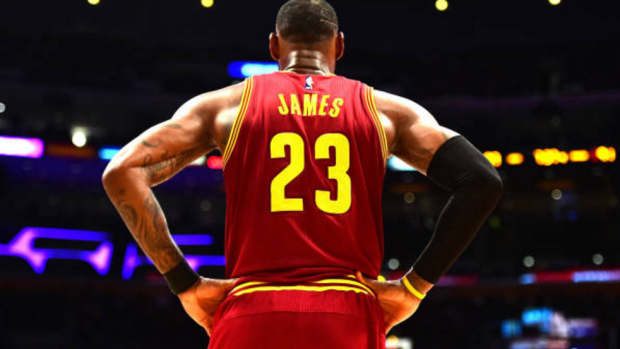 In terms of excitement, the NHL playoffs have lived up to the billing through three nights.

The @edmontonoilers tie up the series with a 2-0 victory over the @sanjosesharks in Game 2.

Close games are what make the playoffs great.  They get fans on the edge of their seat for the entirety of the game.

The NBA will have the tough task of replicating the excitement of the NHL playoffs so far Saturday night when the postseason kicks off with the Pacers taking on the Cavaliers at 3pm ET, on TSN4.

If by chance you didn't know the playoffs started Saturday, though, a quick look at LeBron James' Instagram account would have made that fact very clear.

When 'Zero Dark Thirty-23' has been activated, that can only mean one thing, playoff basketball is here.

For those wondering what 'Zero Dark Thirty-23' is, it's LeBron's way of going dark on social media until the end of the playoffs.

James has been doing this since 2012 when he was with the Miami Heat, and clearly it's worked as he's a three-time NBA Champion.

Social media provides so many distractions, from fans to what's being said in the media, and everything is blown up during the playoffs, so blocking all of that stuff out is never a bad idea.

Then again, sometimes seeing what's said on social media may motivate certain players.  Just ask Tom Wilson who saw Mike Babcock's comments about him ahead of the first game of the Washington and Toronto series.

Tom Wilson's response to a tweet that quoted Babcock as saying he 'is not as big a concern' as others. (H/t @ bmcnally14)

Every player has their own unique ritual and LeBron's involves staying dark on social media, which is clearly a proven method.

The man he's faced in the last two NBA Finals, Stephen Curry, on the other hand has his own ritual that involves social media as he tweets this out before every game.

Clearly LeBron and Curry are both locked in and ready for another deep playoff run, which is bad news for every other team trying to eliminate them.