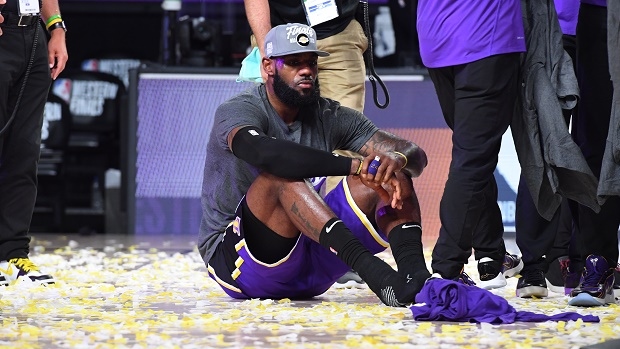 The GOAT debate will never be settled cleanly, but if you’re not including LeBron James in the conversation, you’re not paying attention.

He’s headed to his tenth career NBA Finals, and the man barely cracked a smile. He knows there’s more work to do.

.@KingJames knows there is still more work to be done after advancing to his 10th Finals 💯@mcten: https://t.co/sCsC2aDvwv pic.twitter.com/4l9U7uuBqA

LeBron is simply a Finals machine, and if you don’t believe us, just ask all the franchises he has more appearances than.

LeBron now has more NBA Finals appearances than all but three franchises 🤯 pic.twitter.com/N1C0nqfVcX

LeBron as an individual only has less Finals appearances than the Lakers, the Warriors, and the Celtics.

How could you deny the greatness?

LeBron awaits his next opponent from the winner of the Heat versus Celtics series, but whoever it is, you can expect Bron to be dialed in.