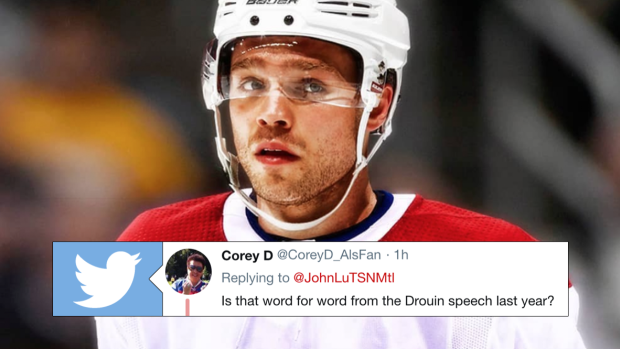 From a Canadiens perspective, fans weren't thrilled about the trade Montreal made Friday night as they dealt Alex Galchenyuk to Arizona for Max Domi.

The move was met with a ton of backlash rather than excitement, but on Saturday, Habs' GM Marc Bergevin had a response to the criticism and explained why the critics should give Domi a chance.

#Habs Bergevin’s response to backlash against Domi/Galchenyuk trade: “I guess I understand to a degree because they don’t know Max... I welcome (fans) to watch him and to get to know him, and I think once he’s here and they’ll watch him play they’ll appreciate what he brings.”

Most of the criticism comes from the fact that Domi scored just 9 goals last season (four empty netters) and although Galchenyuk had his fair share of struggles during his time in Montreal, he was consistent over his last four seasons.

Galchenyuk recorded over 40 points and scored more than 15 goals in each of the last four seasons while Domi hasn't eclipsed the 10-goal mark since his rookie season in 2015/16.

That said, maybe a change of scenery is what both players (who are under 25) need and we wish them both the best of luck.

Toughest part of the game...lived with Max my first 2 years in the league and learned a lot from him. One of my best friends. Going to miss you brother @max_domi https://t.co/Pdl03AE9os