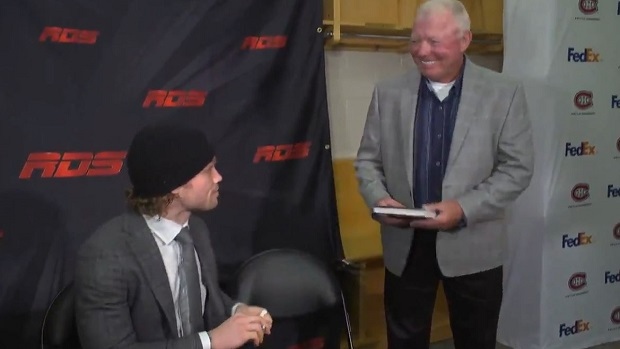 Max Domi was diagnosed with Type 1 Diabetes at the age of 12 and thought that he was never going to be able to live out his dream as a professional hockey player.

However, that didn’t stop Domi from chasing his dreams and it’s a good thing that he never gave up because now he’s living out his dream is inspiring plenty of other young kids living with diabetes, showing them that anything is possible no matter what.

As a kid, Domi grew up idolizing Philadelphia Flyers legend Bobby Clarke, who also happens to be a Type 1 diabetic. Before the Canadiens’ game against the Flyers in Philly on Thursday night, Domi shared a special moment with Clarke, and he sent the Hall of Famer on his way with a signed copy of his new book.

The moment was made possible by RDS, for whom Domi and Clarke filmed an interview for.

It doesn’t get much better than that.