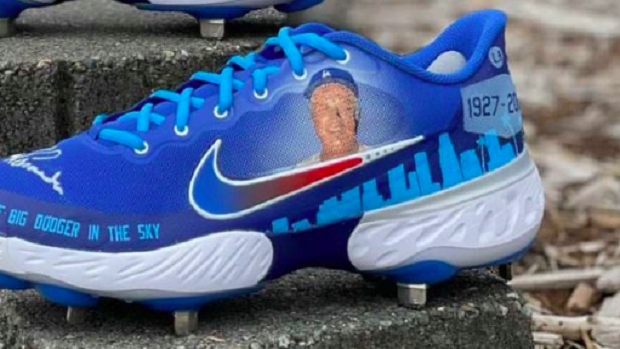 Friday was a special day for the Los Angeles Dodgers as the reigning World Series champions finally received their World Series rings.

On Thursday, Dodgers infielder Max Muncy said he had something special planned for the day and he wasn’t kidding as he rocked special cleats that pay tribute to the late Dodgers legend Tommy Lasorda.

.@maxmuncy9 told @THEREAL_DV he has some special cleats he will wear for tomorrow.

Here it is 🙏#LAsorda pic.twitter.com/2TzR3i2mXp

From heel to toe the cleats are entirely dedicated to Lasorda and they’re truly an incredible piece of art.

.@maxmuncy9 will have Tommy Lasorda on his mind (and his feet) to celebrate the #Dodgers World Series ring ceremony today 💙 pic.twitter.com/kEktpz5Crp

They made the day as perfect as can be, aside from the lack of fans in the crowd, as they secured the victory over the Washington Nationals to end the day with a bang.