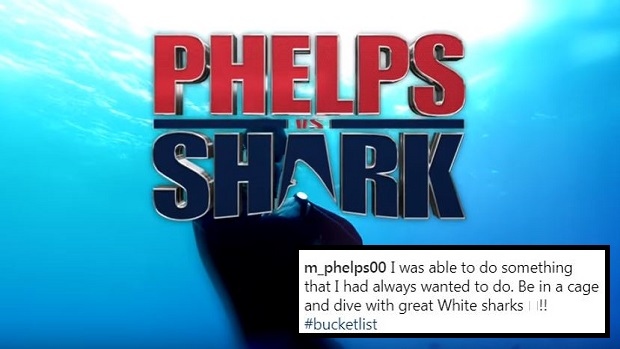 We’ve witnessed Michael Phelps dominate the Olympics for more than a decade and now he’s going to be put to his ultimate test.

In less than two weeks, Phelps is going to face his greatest challenge of his career as he’s set to race a great white shark on July 23 during Shark Week (In Canada, it's also at 8pm ET/5pm PT on Discovery GO).

Last month, Phelps shared a photo of a great white shark on his Instagram account and mentioned how he was going to be crossing something off his bucket list.

I was able to do something that I had always wanted to do. Be in a cage and dive with great White sharks 🦈!! #bucketlist

This isn’t the first time an Olympic athlete has raced something from the animal kingdom. Ben Johnson once went head-to-head with a thoroughbred race horse, and so did 1996 4 x 400m relay silver medalist Jamie Baulch.

Johnson and Baulch didn’t fare very well in their races, so hopefully Phelps had some better luck in his race underwater.

@M_Phelps00 vs. Shark - Who will win the battle for ocean supremacy?