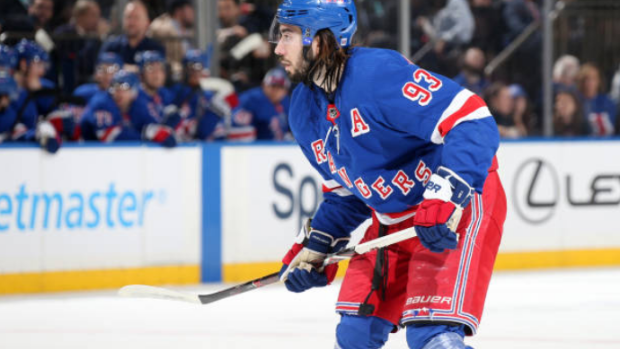 When he's not busy in the gym or inside of the rink, New York Rangers forward Mika Zibanejad can be found honing his craft on another trade of his.

Zibanejad is a DJ, and once upon a time went as DJ ZBad.

If you search him up on YouTube or Spotify, you will see two tracks under his name: "Forever" and "Nobody."

After enduring his best statistical season in the NHL, Mika has dropped a new track just in time for the summer months.

Behind the scenes with #NYR @MikaZibanejad as he was making “Moves” his 🔥 song for the summer now on @Spotify: https://t.co/I9M17E42Ow 🎧🕺🏻💃🏽 pic.twitter.com/LyYmukGDrH

Rangers fans are used to the moves he makes on the ice, but if you're a hockey fan and like electronic music, then why not throw it on your summertime playlist?

In 82 games with the Rangers this season, the former Ottawa Senators notched 74 points (30 goals, 44 asissts).