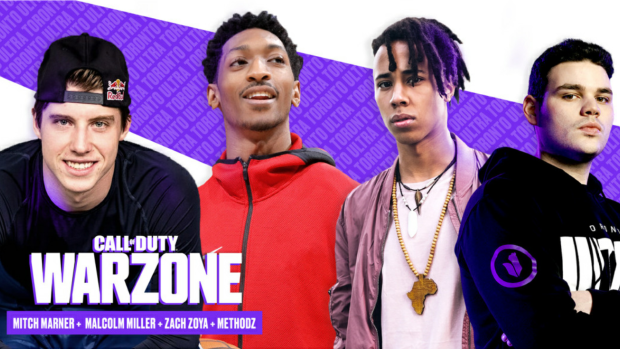 Call of Duty: Warzone is one of the new big games out right now, and it’s battle royale gameplay has appealed to everybody. Among those playing are Mitch Marner and Malcolm Miller who have both played the game on their respective streams on YouTube.

Turns out the two will be teaming up to compete in tomorrow night’s “Live from Warzone: Warstream.” Marner and Miller will be joining forces with Canadian rapper Zach Zoya, and professional COD player for the Toronto Ultra, Anthony “Methodz” Zinni.

The goal - to be the last team standing of course. Methodz will undoubtedly be left to do a lot of the heavy lifting, but it appears like Marner and Miller both have their fair share of experience in Warzone.

Marner and Methodz have actually streamed together in the past, and the Maple Leafs forward has flashed the ability to make an outplay or two.

As for Malcolm Miller, he took part in a COD tournament with Chris Boucher a couple weeks ago. Unfortunately for the team, it doesn’t seem like it went that well.

Well we got SMACKED in that tourney

Regardless of how this squad does, it should be entertaining to listen to these Toronto representatives interact on the mic. Toronto Ultra will be streaming the perspective of all four members of this squad.