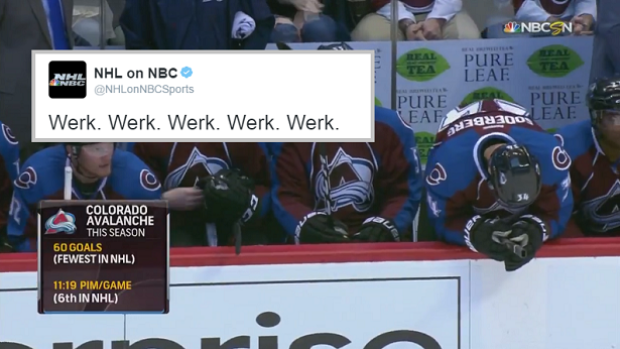 Twerking has been a big story in sports this year, but it’s mainly been in football.

Antonio Brown and several other prominent players in the league have used the dance as a touchdown celebration, but it can also be used to stay loose. You don’t want to cramp up on the sidelines, so getting your body moving can really help. If you don’t believe us, look at this video of the Avs’ Carl Soderberg bouncing on the bench in a move that looks suspiciously like twerking.

Whether he meant to or not, Soderberg may have stumbled on a new way to keep warm on the bench. He was a little under the weather, so he was on the bench a lot which is why he may have needed to get creative. He played a season-low 10:08 in last night’s game.

Combine Mitch Marner, Auston Matthews and Soderberg and you could get a whole music video.