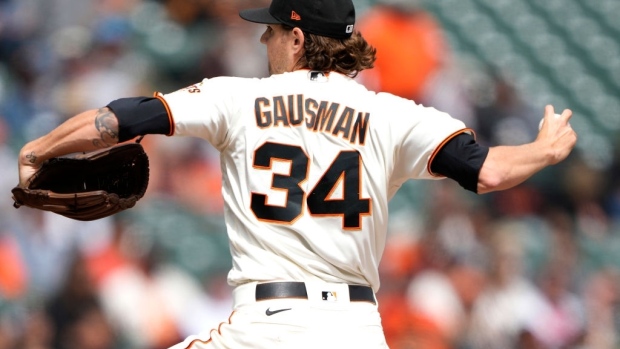 On Sunday evening, news broke that the Toronto Blue Jays had picked up Free Agent and RHP Kevin Gausman in a five-year deal.

BREAKING: Right-hander Kevin Gausman and the Toronto Blue Jays are in agreement on a five-year, $110 million contract, sources familiar with the deal tell ESPN.

Heading into the 2022 season, the Blue Jays bullpen definitely holds a ton of promise, as Gausman comes off a solid year with the San Francisco Giants, where he posted an ERA of 2.81 and 227 strikeouts in 192 innings pitched.

Though if Jays fans needed another reason to get hyped for their new pitcher, then it’s knowing the reason behind why he wears the jersey number 34.

Back in 2017, Gausman took to social media to share his connection to fellow Colorado native and the late Roy Halladay, opting to wear number 34 the following season, which Doc wore during his time with the Philidelphia Phillies.

As Halladay’s iconic number 32, which he wore for a decade and most of his playing career while with Toronto, has been retired by the organization, number 34 appears to be wide open for Gausman if he wants to continue honouring his idol.

Well, how about that Jays fans! This just makes the signing so much cooler!

We can’t wait to see Gausman take the mound next season!