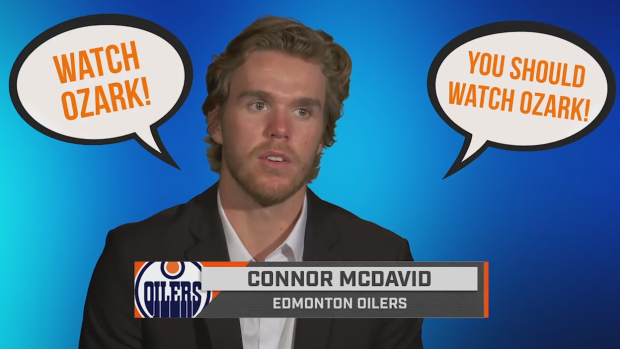 If you ask Generation Y, or millenials, how they consume their movies and TV shows these days, there's a good chance most of them will tell you they stream Netflix through their laptops or through some sort of entertainment system such as a PlayStation, XBox, or even Apple TV.

When hockey players are not spending their time in and around the rink, they're likely relaxing at home, on a plane, or somewhere on a bus. To pass time, some will play cards, listen to music, or like many of us, stream their favourite shows.

The NHL released their latest edition of 'Puck Personality,' where they asked several of the game's biggest stars including Taylor Hall, Jamie Benn, Tyler Seguin, Auston Matthews and Jake Eichel what their favourite television shows they prefer to binge, and after watching the video below, you’ll see that there really aren't that much different from you and us -- despite their professions and the amount of zeros in their bank accounts, of course.

Lots of entries for Game of Thrones, Peaky Blinders, Ozark and Billions, which are all pretty popular shows with the BarDown staff.

Did a certain player reveal one of your favourite show, or did any of them convince you that you have to watch a show?