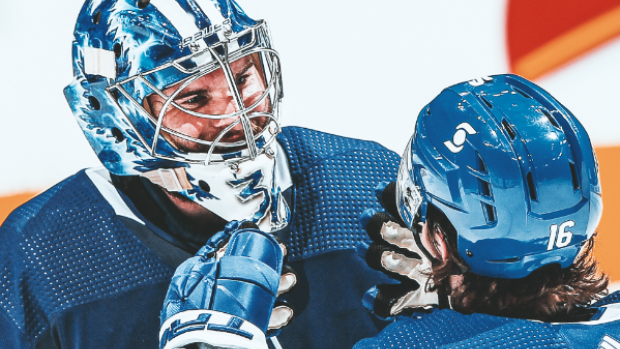 One of the Toronto Maple Leafs problems in recent years has been the lack of a backup goaltender. While Frederik Andersen, who can be a little streaky, has mostly held down the fort in the starting role, the backup role has been pretty problematic.

That was up until Jack Campbell took the helm.

The former Los Angeles Kings goalie stepped into the backup role, and while he’s battled injuries this season, he’s played near flawless hockey. In fact, his record is currently unblemished, and after a win over the Montreal Canadiens on Wednesday it stands at 10-0.

Not only is that seriously impressive, but the 10 straight wins also sets a new franchise mark for the Toronto Maple Leafs.

This is a special moment in leafs history. Incredible.

Ok I can’t stop watching this so go ahead, please inject this into my veins as it gives me all the necessary feels that I need to get me through my days.
thank you.

How long he can keep it going remains to be seen, but Leafs fans are riding this wave for all it’s got.