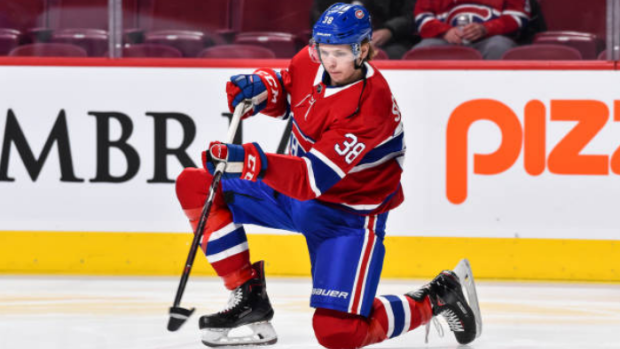 Former Montreal Canadian prospect and Los Angeles King Nikita Scherbak didn't hold back when asked to reflect on his time in Montreal.

Scherbak, who was released by the Kings signed a three-year deal with Omsk Avangard of the KHL earlier this summer, sat down with Russian publication Sport24 and didn't hold back any punches.

Nikita Scherbak was interviewed by the Russian site Sport24. He had some harsh words about Therrien, addressed Russiaphobia rumours on the team, Bergevin not allowing him to get an apartment downtown, and asking for a trade last season. https://t.co/2qfYc4nGWt

Now, the following quotes are translated through Google, so take it for what it's worth, but regardless, you can tell Scherbak didn't think too fondly of the Habs organization, including head coach Michael Therrien and general manager Marc Bergevin, as well as Kings coach Willie Desjardins.

The former 1st-round pick failed to live up to expectations, tallying only 8 points in 37 career NHL games and frequently rode the shuttle bus between the Habs and their AHL affiliate, the Laval Rocket, before being claimed off waivers by the Kings. According to Scherbak, his coaches used his nationality against him, to the point where he felt that he was never given a real chance to succeed in the NHL.

"When I spent my first year with Therrien, any mistake would lead to shouting, there was a lot of pressure. It may be good for a young player, on one hand, but many can’t handle this and start to fear mistakes even before practices. A player shouldn’t feel like this. There were times when you’d meet the coach in the corridor and wouldn’t know whether to say hello or to nod your head, or what… I’d say hello anyway, but it was uncomfortable and not a very pleasant feeling. I don’t want to feel like this again.”

“I really didn’t like the situation that was happening in Los Angeles, and there were other difficulties before that, too. I didn’t get off to a good start in Montreal, I wasn’t allowed to play. I trained, I endured, but in the end my nerves got the best of me, and I asked for a trade. They couldn’t get a trade done so they put me on waivers.

“I personally talked to the GM, told him everything”, he said. “Maybe, it wasn’t pleasant for him and me both, but at that time it was the right decision. But then, with the Kings, everything turned out unlike I had planned. They didn’t treat me all that well. I didn’t feel like they were taking care of me like they were counting on my being in the lineup. I was sent to the farm team, and there, chaos began. It was a difficult time for me…”

Through three and a half years in Montreal, Scherbak insisted that his life in Montreal was muzzled by the organization and that they tried to micromanage him away from the rink.

"The higher-ups at the club forced me to train through the summer and live with a strange family. I was 19 and was ordered to be home by 10. 11 on the weekends. This sounds like kindergarten to me," says Scherbak.

Scherbak alleges that the team wouldn't even let him speak Russian and told him he couldn't live in downtown Montreal.

“I don’t think everyone is treated this way. This was the [GM Marc] Bergevin’s treatment of me. Here is another story: I wanted to rent a place downtown because I knew I wouldn’t spend the entire season in the farm team. The GM asked me before the season where I planned to live, and I told him. “No, you will live in Laval”, I was told. So, I spent the entire season shuttling between Laval and the [Canadiens] practices. The commute was one hour each way.

"How many francophones were in the team, the Quebec boys, who only speak French? They never even try to speak English in the room. So, they can speak French without problems, but we can’t speak Russian. All Russians were kind and open guys: Markov, Yemelin… Nobody every heard anyone speak bad about them. Why couldn’t we speak Russian? If they want to help me, what’s wrong with that?”

Despite not exactly enjoying his time inside the Habs organization, Scherbak did say that he'd like to live in Canada once his career his over.

"Russia is too old-school, Canada is much more advanced”

The 23-year-old scored one goal in 8 games with the Kings last season.

Russian hockey reporter Slava Malamud has a full translation of the story on his website.

Nikita Scherbak has put Marc Bergevin, Michel Therrien and Rob Blake on blast.#Habs and #LAKings fans might find this as explosive as the Panarin interview. https://t.co/0IQE9eosdC