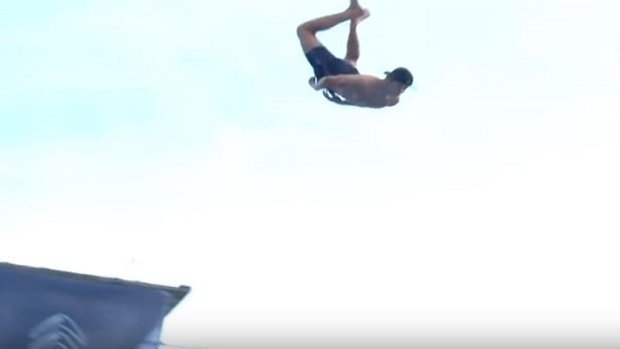 Unless you’ve been to Norway you’ve probably never heard of Dødsing before, but you’re about to get a glimpse at one of the craziest sports you’ll ever see.

Also known as Death Diving, Dødsing is an extreme sport based out of Norway that is basically a riskier version of diving. It consists of people jumping from a 10-metre-high board and landing in the water with their arms and legs spread out like an “X”, and they need to hold the pose for as long as possible before they hit the water.

As you probably guessed, the sport can be rather painful and is pretty much a giant belly flop competition.

You can watch this year’s entire tournament below.

We certainly don’t recommend trying this on your spare time in your background.