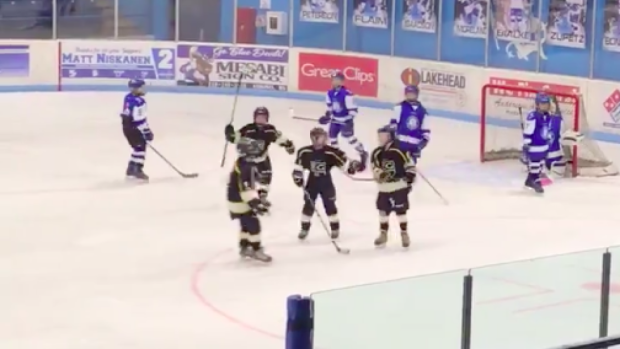 You know how people like to complain that youth basketball has been forever changed by Steph Curry, convincing kids that they can all pull up from way beyond the three-point line?

That’s sort of how we feel about the effect that Andrei Svechnikov’s lacrosse goal — the first of its kind in the NHL — has had across hockey, only we aren’t complaining. We’ll gladly take as many of these as we can get our hands on.

And now, no lie, we’ve got ten-year-olds scooping and scoring. This is young Cal Scott from Minnesota with a picturesque move.

If you thought the move was becoming any less impressive from being so common, then how about an elementary scholer pulling it off to raise the bar again? Sheesh.

Lacrosse goals really do feel like a daily occurrence now, that someone somewhere scores one and then goes viral on the internet. Literally, just yesterday in the ECHL, Brandon Hawkins of the Wheeling Nailers delivered us this beauty.

I thought we were playing hockey... A lil scoop and score courtesy of the one and only @B_Hawkins17 @espn @SportsCenter #SCtop10 pic.twitter.com/429dd6jeCQ