On Monday night, the Tampa Bay knocked the Boston Bruins out of the postseason in double-overtime, sending the regular season’s best team packing in just five games. Boston’s early departure surprisingly marked the seventh consecutive season the Presidents' Trophy winner failed to win the cup.. Judging by past winners, teams would be better off not wanting to win the hardware (as ridiculous as that sounds).

So, without further ado, let’s take a look at the ones who have managed to capture both. If you want to try and quiz yourself then go ahead, but close your eyes for a quick second because they’re about to be listed below…

For the 18th time in 20 years the President’s Trophy winners are done.

For reference, attached is a list of all the winners. The four best seasons since the award was introduced to the league in 1986 did not win Cups. 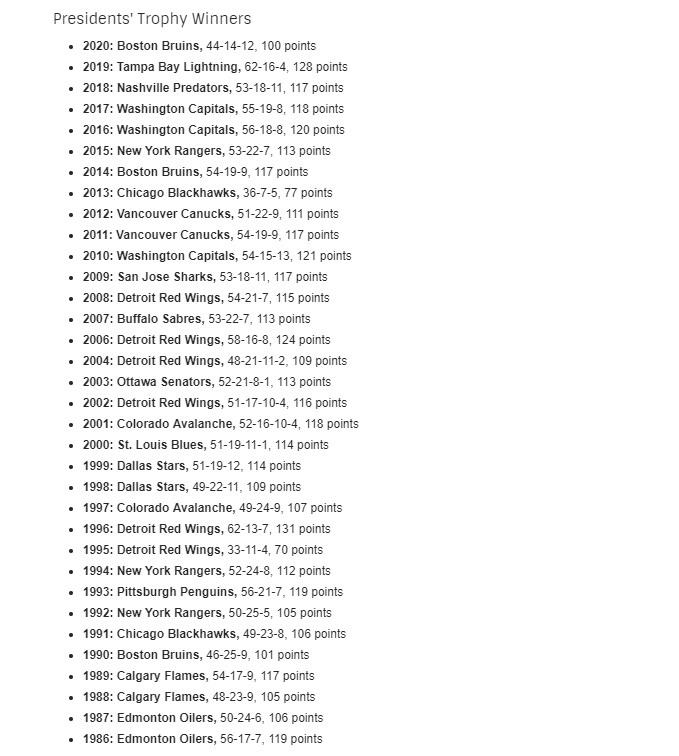 So, if your team happens to come out of the regular season as the NHL’s best team next year… don’t get your hopes up. History is not on your side!