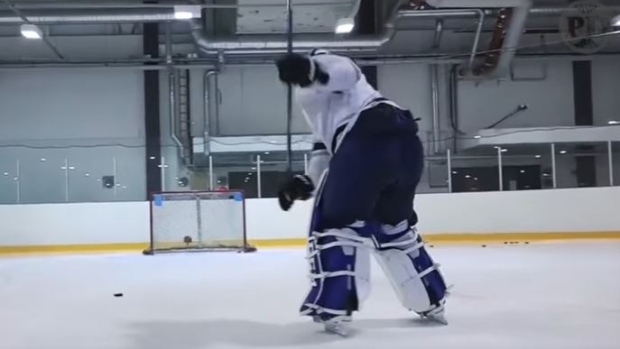 Finnish goaltenders Pekka Rinne and Tuukka Rask are accustomed to facing thousands of slapshots during the regular season. The two decided that enough was enough and decided to show that goaltenders can shoot the puck, too. Take a look at the clappers the two put on for display. Their top speeds are quite impressive.

And we have a winner! 87.6 miles per/hour, just as hard as a lot of players in junior hockey, and likely some NHLers can shoot. Make no mistake though, Tuukka’s 78.3 shouldn’t be ignored. Both goalies are yet to actually score, but you never know, maybe one of them will decide to borrow a defender’s stick and actually join a rush in the second half of the season.