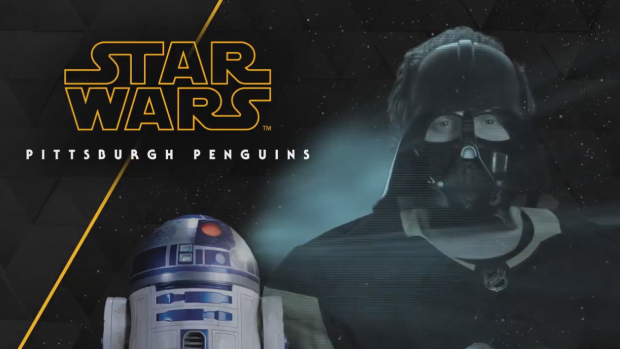 Around the NHL, tons of teams are cashing in on having promotional nights based off the new Star Wars: The Last Jedi Movie.

The Pittsburgh Penguins will host their special Star Wars night on December 7th when they welcome the New York Islanders to town.

To generate interest in the event, the Penguins released a promotional video featuring Phil Kessel as Darth Vader.

We present to you, Darth Kessel.

Has Phil even seen a Star Wars movie?

Three different ticket packages are available including a $250 VIP package that includes a meet and greet with Anakin Skywalker’s C-3PO, pre-game food, an autograph from a Penguins player, a limited edition shirt, and one ticket to the game.