McKenzie: Reactions are mixed to the NHL's 24-team Return to Play proposal

There have been a lot of bad uniforms in NHL history, but which one is the worst? We're here to determine which one it is once and for all with our top 25 worst uniform rankings!

This list will not be decided by fan voting. This list is just us, saying what jerseys we hate. Spoiler alert, if you’re here to see us hate on the Canucks’ V or the Islanders fisherman, you will be disappointed. This is not a list that will punish teams for taking risks, but will instead take shots at jerseys that seem both unoriginal and poorly executed.

With that said, let us begin. Here are the worst 25 jerseys in NHL history: Honestly, this might not be one of the worst 25 jerseys of all time, but the potential that it robs from St. Louis puts it in there. St. Louis has some of the nicest classic uniforms in the league (As seen in the Winter Classic last year), but they continue to minimize the yellow in the uniform and this was one of the worst examples of that. Look, we’re not against risk taking, but we needed to include this to make sure teams don’t try it again. We have a special place in our hearts for it, but that’s because it’s one-of-a-kind and it should remain that way. There's nothing really wrong with this one, it's just boring and unoriginal. Another example that is definitely among the top 25 worst jerseys, but isn’t as bad as many people make it out to be. It really does deserve the nickname “Mooterus” though. This style looks like a practice jersey. It’s no wonder no NHL teams stuck to it for very long. This was the worst example of it and was the Rangers only time straying from their classic unis. Hopefully nobody tries to bring it back. We don’t even hate the Green/Yellow or Cyan/Yellow colourways, but that logo is brutal. So much worse than the fisherman. The slug. Not as bad as the superhero jersey below, but it’s a pretty brutal logo and it robbed us of the great black and red colourways. Hopefully the only time an NHL team ever tries to make their jersey a gradient. As much as we love the Coyotes home/away jerseys from the ‘90s, we hate these. Again, we appreciate the attempt at something original, but it just didn’t work. What a tease. Just give the people what they want. Take the black out of your jerseys, Flames. Seriously, never have black on your jerseys again. The original colours were so beautiful. With such a rich history of beautiful jerseys, it’s a shame so much time was wasted on these dreary threads. Quite possibly the most uninteresting jersey of all time. The year the Ducks went full fight club. Our only explanation for this jersey change is that they wanted to destroy something beautiful. We understand they changed their name, but they used the logo again, so why won’t they bring back our beloved purple and teal ducks jerseys. Buffalo fully committed to the tank this season. They even sabotaged their jerseys. Again, we see you wanted to do something different. This is close to the worst example of that ever, but it’s hard to hate a jersey with the name Gretzky on it. 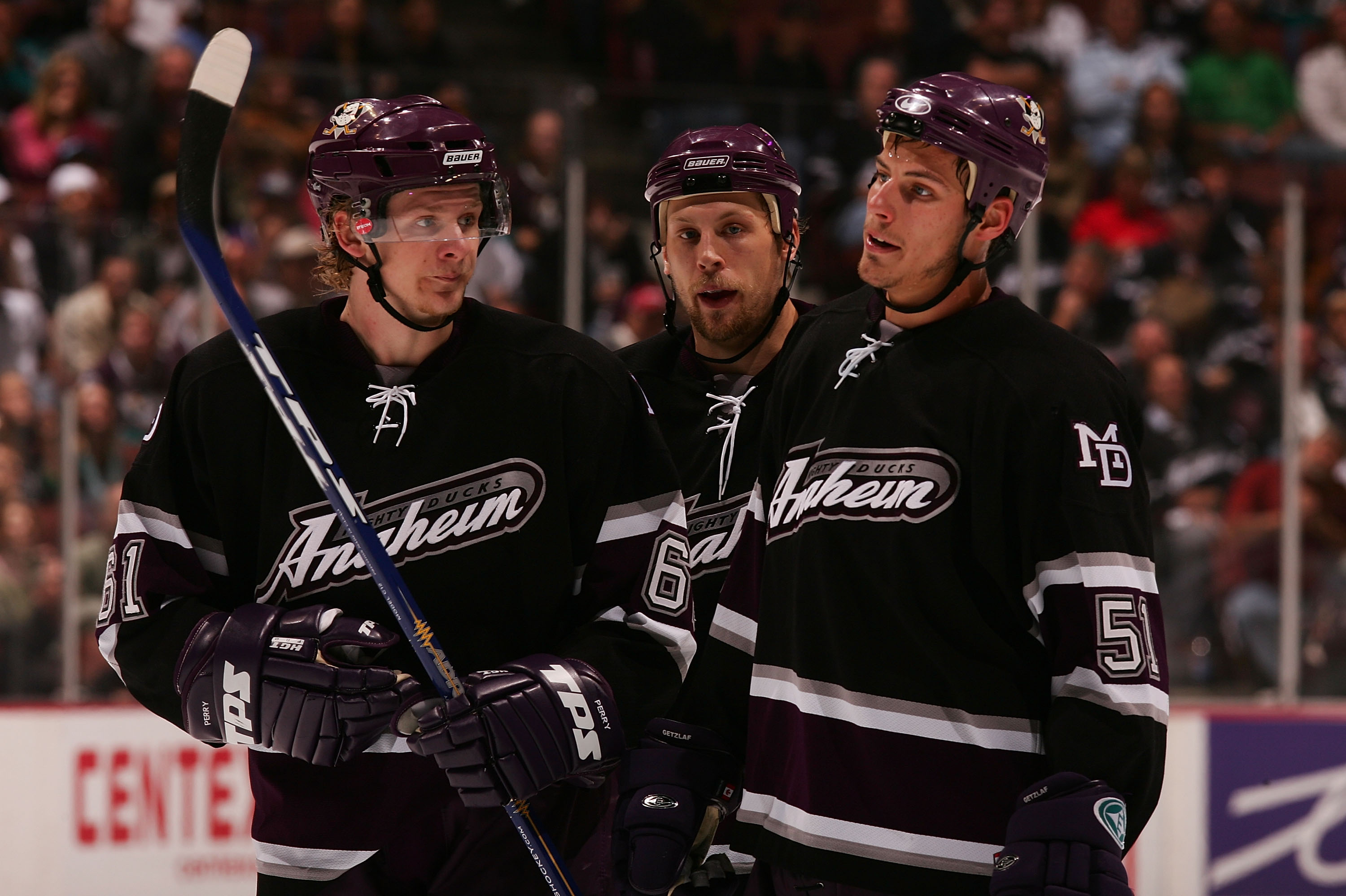 The beginning of the end for the chosen ones. 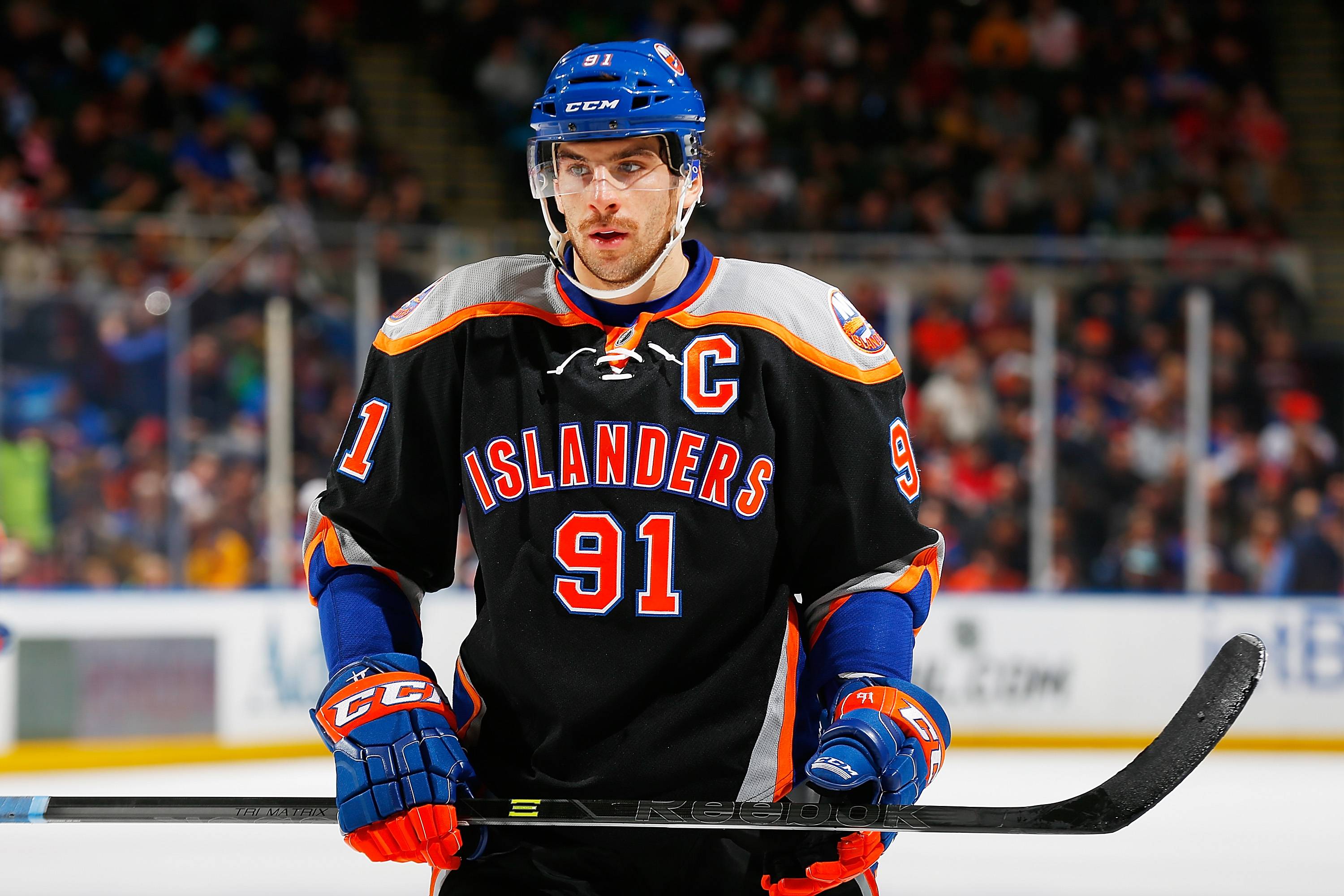 What’s with the Islanders and trying to wear practice jerseys in an actual game. 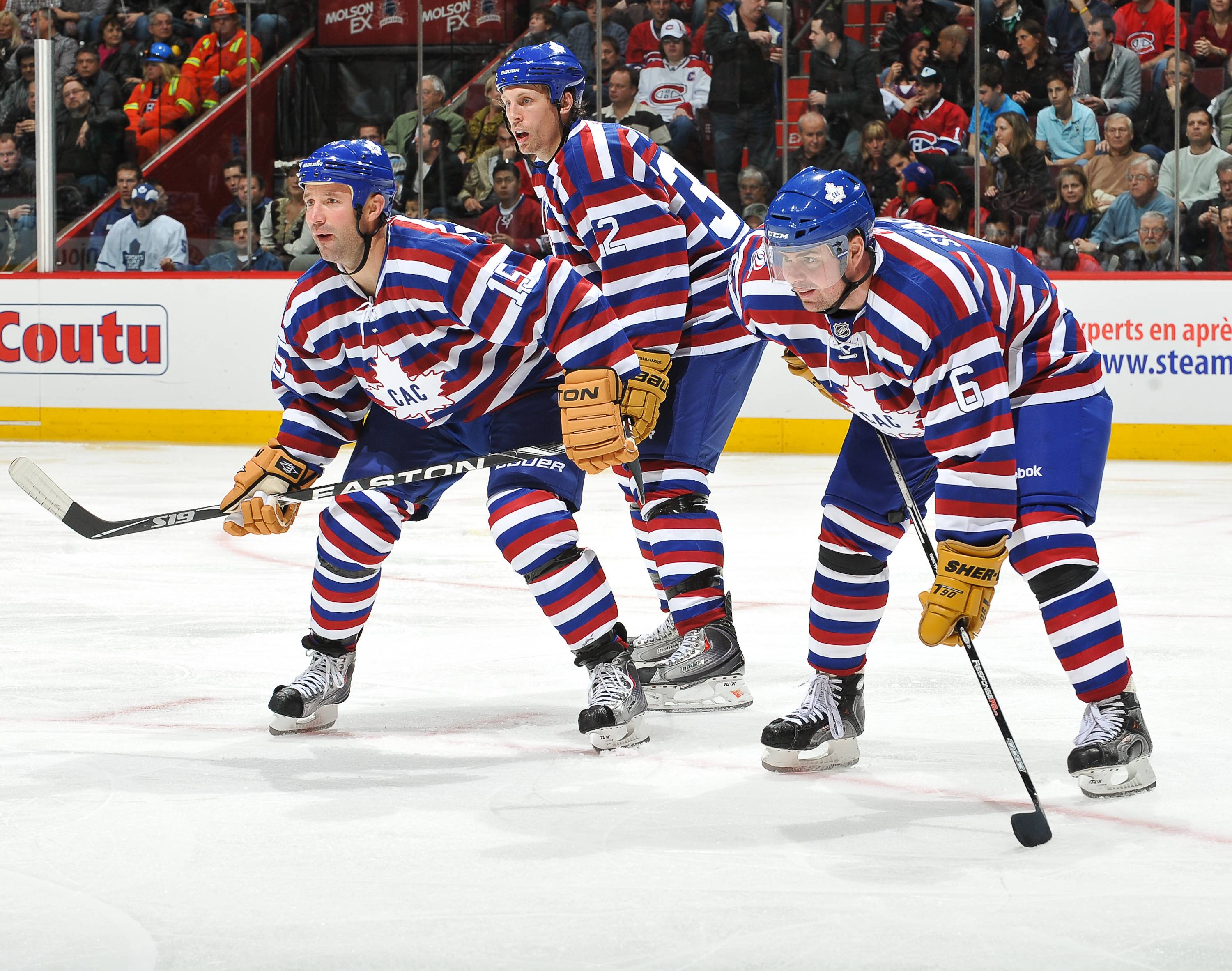 Oh boy. That is an eyesore. The only thing saving this from being number one is the fact that it was a throwback uniform. These should have stayed 1912. 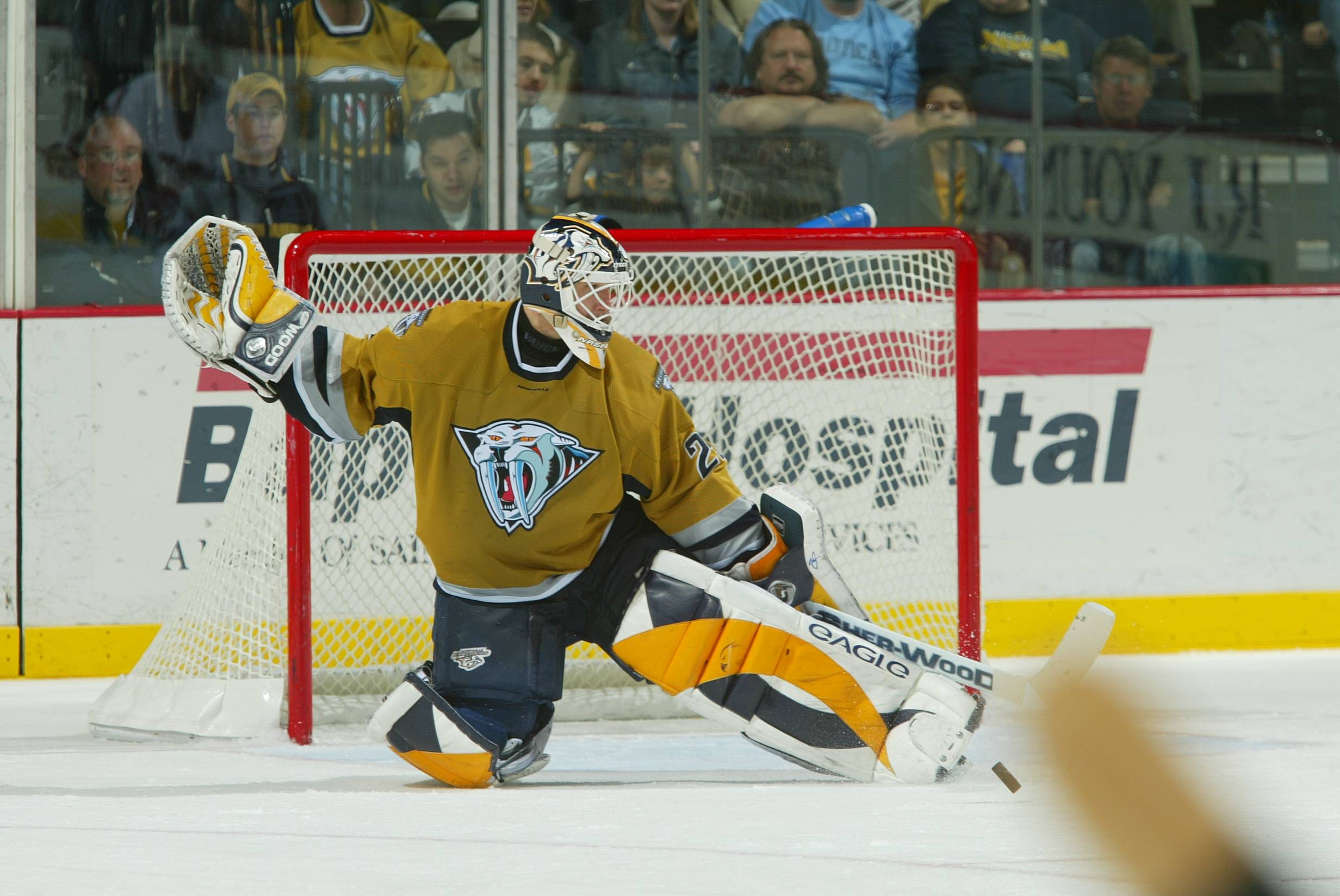 It was the Colonel Mustard, in Nashville, with free reign on this jersey design. Obviously the ugly mustard colour is what stands out initially, but what is that logo. It’s eyes are begging someone to end its suffering and thankfully the Predators did in the 2007-08 season. 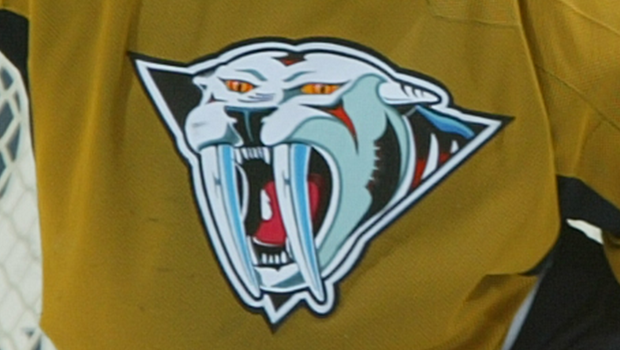 BONUS: We’re not counting this one because they never actually wore it, but that tells you how brutal it really was. 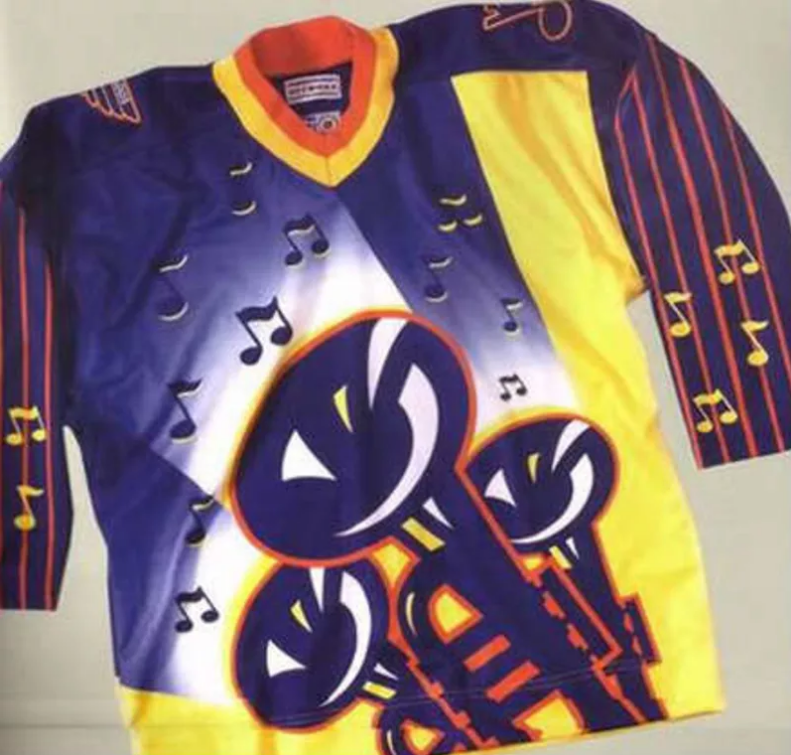