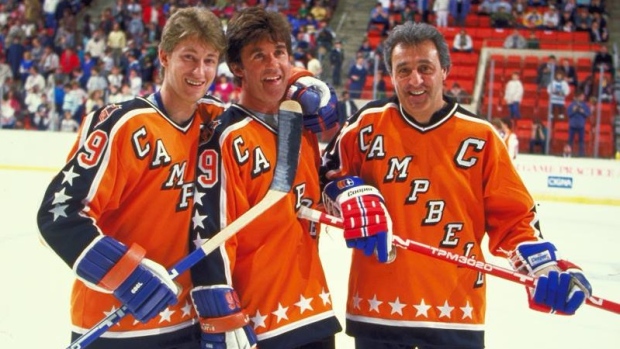 Tuesday evening Canadian television icon Alan Thicke passed away at the age of 69.

To many fans across the world, Thicke was everyone's favourite television dad, starring as Dr. Jason Seaver on Growing Pains from 1985 to 1992. Thicke was also an avid hockey fan, participating in numerous on-ice charity events throughout the years, while also developing a close relationship with many legendary NHLers, including Wayne Gretzky.

Our deepest condolences to the family and friends of Alan Thicke, who passed away today at age 69. A huge hockey fan and a great Canadian. pic.twitter.com/u0Satlmovb

Back in  2014, Thicke shared an incredible story of how Gretzky was actually house sitting for him at the time of the Great One's trade to the Los Angeles Kings.

Talk about one of the most Canadian situations ever. In 2012, Cabbie spoke with the late actor about his thoughts on how he felt Gretzky would do if he were ever to run for Prime Minister of Canada.

Of course, we would be remiss if we didn't include what was perhaps Thicke's greatest contribution to the cultural landscape of hockey...his performance in the classic song,"The Hockey Sock Rock" during Phil Esposito's appearance on 'The Alan Thicke Show' in 1980.

Our deepest condolences to the family and friends of Alan Thicke who was not only one of Canada's biggest entertainment icons, but also one of the biggest fans of the game of hockey.