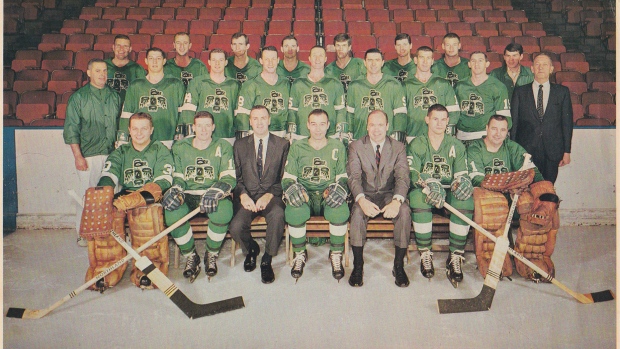 Right now, we’re enamored with the Reverse Retro jerseys in the NHL, which are bringing back classic design concepts from hockey history for revamped uniforms next season.

All 31 teams got a Reverse Retro jersey, even the Vegas Golden Knights who don’t have much history of their own to call upon. Instead, their jersey contains references to previous looks from Las Vegas' hockey history, including the red of the ECHL’s Las Vegas Wranglers and the V-striping of the IHL’s Las Vegas Thunder.

On this date in 1917 the Seattle Metropolitans became the first U.S. based team to win the Stanley Cup. pic.twitter.com/rAinrr8mM5

Unfortunately, the Seattle Kraken won’t start play until the 2021-22 season, so they won’t be around in time for their own set of Reverse Retro jerseys.

Still, there have been some great uniforms in the history of Seattle hockey to pay homage to, and we would love to see nods to these Kraken forebearers at some point in the future.

From 1943 to 1975, the Seattle Totems played most of their years in the former Western Hockey League (which predates the current Western Hockey League that falls under the CHL umbrella). When thinking of Seattle’s hockey history, the Totems are probably the most prominent team that comes to mind, and those green jerseys are definitely sharp ones. Before the green, the Totems also wore these jerseys with a slick 'T' design.

Before they were known as the Seattle Totems, the same franchise played eight seasons as the Ironmen. This franchise also played two seasons as the Bombers and three more as the Americans. There’s a lot to work with here, is all we’re saying! 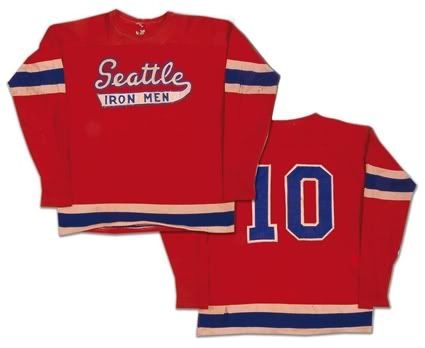 The Mets played in these striped red, green and white joints, and while these might be a bit too garish for today’s game, there’s still so much to work with here. Plus, there’s gotta be some good karma if the Kraken ever wanted to take cues from literally the first American team to have ever won the Cup.

On this date in 1917 the Seattle Metropolitans became the first U.S. based team to win the Stanley Cup. pic.twitter.com/rAinrr8mM5