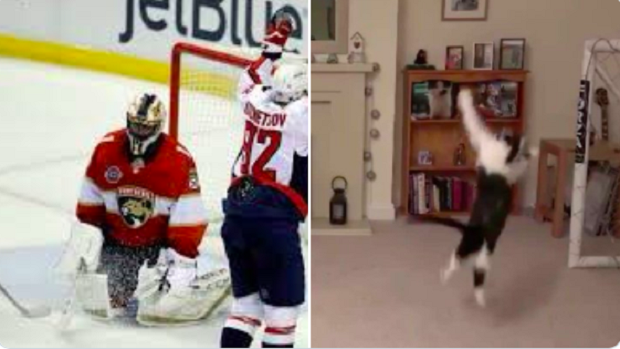 Roberto Luongo may be living the retirement life these days, but he’s still at the top of his game on social media.

From weighing in on the Boston Bruins’ Stanley Cup rewatch video to his pick by pick analysis of the 1st round of the 2020 NFL Draft, the man has managed to keep us entertained in more ways than one during the social distancing period.

On Thursday, Luongo was at it again as he hit his followers with a hard hitting question that might take you a few moments to really think about.

Elimination game you can only pick one. Who you got? pic.twitter.com/pU7BPH8Atd

Hockey fans are all familiar with Roberto Luongo’s style of play between the pipes, but if you’re not familiar with the high-flying cat in the second photo we’ll happily refresh your memory.