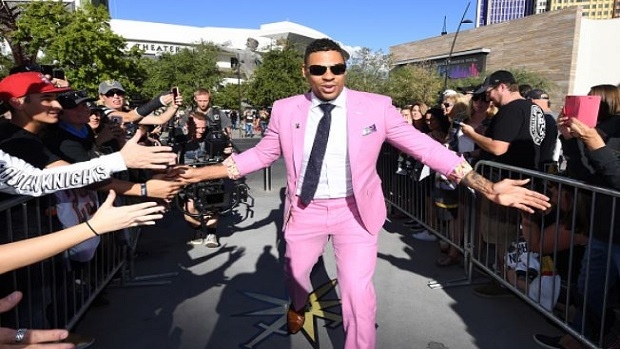 Ryan Reaves is a fan favourite in the NHL.

Between his fun-loving personality, his tattoos, and the fact that he is one of the select few left in the league that can be loosely categorized as an enforcer, this guy exudes ‘classic hockey player’.

To add to this resume, he’s getting his own beer.

Ever since Reaves appeared on the Spittin Chiclets Podcast and spilled the beans that he was in the midst of starting up his own beer company, fans have been itching with anticipation to try the IPA.

Reaves is no stranger to the beer scene, and has dabbled in the creation of his own beer before when he collaborated with Center Ice Brewery, located in his former hockey home of St. Louis. There, he created Grim Reaver, a red IPA with a heavy ABV of 7.5% that apparently boasted intense grapefruit and citrus notes.

Today, Reaves took to Twitter to provide fans with a little more insight as to when they could expect to try his concoction.

I don’t have a exact date yet. If all goes well I’ll have it in the hands of my #vegasstrong people before Christmas. Stay tuned...And stay thirsty. [🍺] https://t.co/L3SjsReGeI

It’s only gonna be released on draught to start. But if people like it we’ll start thinking cans and bottles https://t.co/nkYpsrcL8Q

There is no shortage of fan excitement for the beer’s release, and many were quick to express their sentiments.

You had us at beer.

I will buy a keg. Right now.

Will it pack a punch?

We definitely understand the anticipation, and will be the first to try it if the brew ever makes its way north of the border.