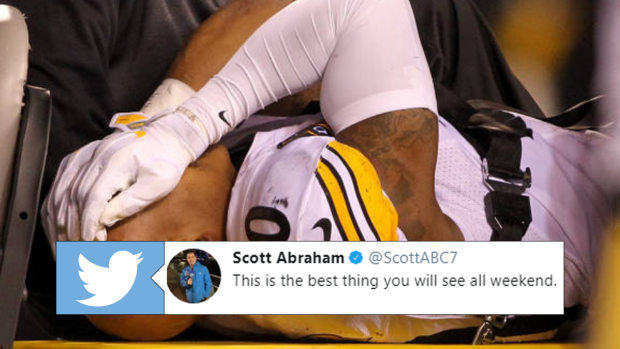 Ryan Shazier was dealt a massive blow on December 4th, 2017, during a Monday Night Football game against the Cincinnati Bengals. A head on tackle sent Shazier crumpling to the ground, and eventually the prognosis came down that he had sustained a contusion to his spine. Three days later, he underwent surgery to stabilize his spine.

He was told that he may never walk again, let alone play football. Who would have thought that it would kickstart one of the most inspiring recoveries in sports.

On Sunday, a video from Shazier’s wedding emerged that is nothing short of incredible. Just one and a half years after being dealt the devastating news, Shazier was up and dancing at his wedding.

It’s not the first video we’ve seen from Shazier that has given us goosebumps. In fact, just a few months after the surgery, Shazier unexpectedly walked out onto the NFL draft stage and delivered the Pittsburgh Steelers’ 1st round pick, which ended up being Terrell Edmunds.

We aren’t sure what extent Shazier’s recovery will end up at, but he is doing a fantastic job so far. Keep up the incredible work.