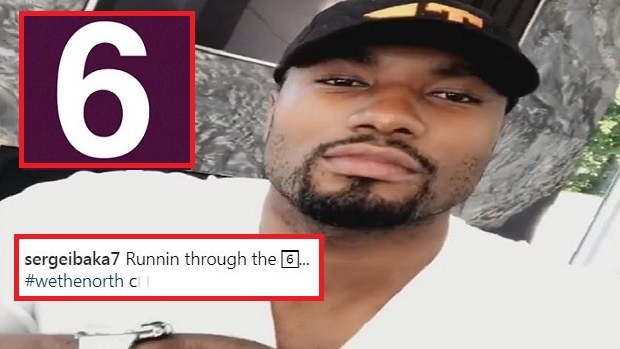 Sunday was a very wild day for Toronto sports fans. Serge Ibaka and Kyle Lowry re-signed with the Toronto Raptors, the Toronto Maple Leafs signed Patrick Marleau, Justin Smoak was named a starter for this year’s All-Star Game and Jason Grilli was traded to the Texas Rangers.

Boyhood friends Lowry and Marleau clearly wanted to be in same city together for same term. #thistweetisalie

The news of Ibaka returning to the Raptors on a three-year, $65 million deal got things started, and the Raptors’ big man celebrated his new deal with two Toronto-themed Instagram posts.

The first one was pretty straight forward, as he shared a photo of the number 6.

After letting his new deal sink in, Ibaka then shared another post shortly after the Lowry news broke, which featured him jamming along to Drake’s "Know Yourself" with the caption ‘Runnin through the 6…’ and followed it up with #wethenorth.

Runnin through the 6️⃣... #wethenorth 🇨🇦