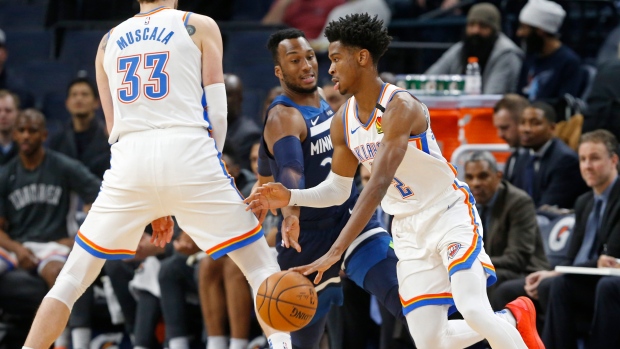 Shai Gilgeous-Alexander is starting 2020 off right. Against the Minnesota Timberwolves on Monday, he notched the first triple-double of his career, and he absolutely got his money’s worth.

Shai finished with 20 points, 20 rebounds and 10 assists — becoming just the second player after Russell Westbrook to drop a 20-20-10 triple-double in the last 30 years, and the youngest to ever do it at 21 years of age.

Shai Gilgeous-Alexander joins Russell Westbrook as the only guards with 20p/20r/10a in a game in the last 30 seasons. pic.twitter.com/a4NFtkS2XE

Shai Gilgeous-Alexander added himself to this list of guards to get a triple double with 20 points and 20 rebounds.

At 21 he's the youngest to do it by 2 full years. pic.twitter.com/eKCtxo8R3p

Looks like the Thunder have their replacement for Russ already. Actually, they were expected to be a rebuilding team this year, but between the strong play of Chris Paul (firmly making the case this year that he’s still got it!) and Gilgeous-Alexander, they’ve actually crept into the seventh seed in the Western Conference.

Just last week, Shai moved into the top spot of our Canadian power rankings in the NBA, and it looks like he’s here to stay. Even at the age of 21, he’s turning heads with his level of play right now.