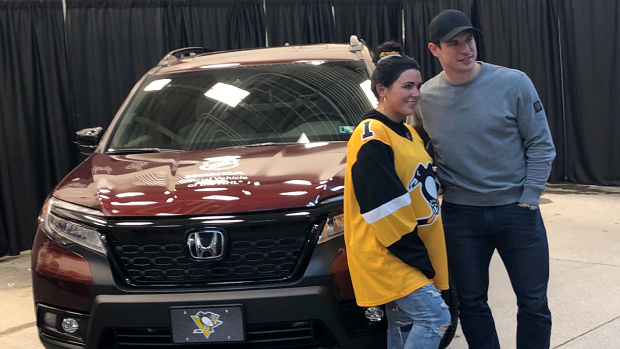 As far as great hockey players go - there’s been very few (if any) better than Pens’ captain Sidney Crosby.

As far as great people go? Pretty much the same thing.

Tonight, when the Penguins host the Islanders, the teams will take the opportunity to honour some veterans. The Pens started this early, when this morning, they hosted some veterans at the rink, and presented them with jerseys.

The Pens will continue to salute veterans tomorrow during our broadcast which begins at 6pm! - DP pic.twitter.com/y3VArXSaWE

This in itself was special, but Crosby made sure to go the extra mile in order to show his gratitude to those who’ve served.

Remember that a 2019 Honda Passport Elite he won for being the MVP at the All-Star Game last year?

Yeah, he gave that to one of the veterans.

Crosby also presented the car he won at last year’s All-Star Game to one of the veterans!! More on all this tomorrow at 6pm on Pens Pre Game! -DP pic.twitter.com/7klPzSOiWP

Sid the Kid, eh? Doesn’t get any better than that guy.