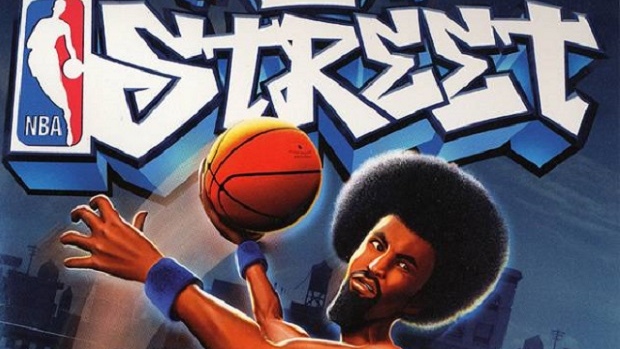 When people think of classic sports games, often their minds turn to games such as NHL 94, Tecmo Bowl and NBA Jam, completely overlooking hit games from the early 2000s era. Don't get us wrong, we love the classics that came out of the 8-bit era and beyond, but there are certainly other sports titles that have blossomed into hits after being considered bargain clutter for nearly a decade.

Few sounds were sweeter to the ears of an early 2000s gamer than the booming soundbite for now defunct game developer "EA Big."When you heard those words, you knew you were about to play a quality arcade sports title. Among the developers many hits, the original NBA Street title is widely regarded as the crown jewel of them all. When you heard the voice of Joe "The Show" Jackson, you knew it was time to hit the courts.

Not only did you get to start the game on the iconic Coopers Park street courts in Vancouver, you also got to have Michael Jordan as part of your squad from the get go. MJ may hold the title of 'Greatest of All-Time,' but out on the street courts, it was Stretch, Takashi, Bonafide and of course Drake who reigned supreme. No, not the self-proclaimed 6ix God. We're talking about the balling 3-point savant who played with his pant leg rolled up. This man could've been a Splash Brother had he just learned to cut down on all the one handed shots.

And who could forget 'Gamebreakers?' Ahhh yes, there was nothing quite like saving up all your style points to pull off a Gamebreaker at the perfect moment, taking points away from your opponent while adding onto yours. Truly controller smash inducing stuff.

The NBA Street series continued with the also amazing Vol.2 and Vol.3 titles, before growing a tad stale when it made the jump to next-gen with NBA Street Homecourt. We would love to see the series make a return, but honestly, all we would need is an HD release of the original. In the meantime while we wait for the resurrection of the beloved street ball series, we leave you with an incredibly accurate and hilarious real-life rendition of a Gamebreaker.