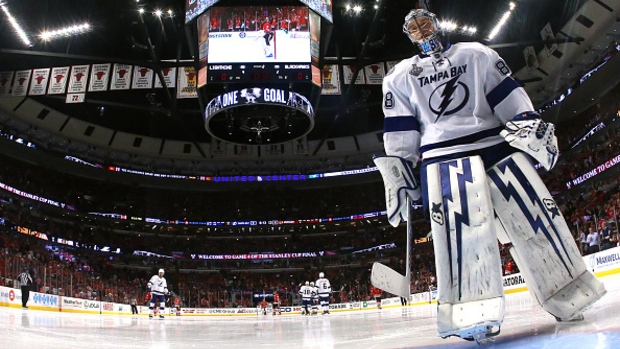 An NHL team's goalie is such an important of their success. Generational goalies such as Carey Price, Braden Holtby, and Sergei Bobrovsky are examples of game-changing goaltenders that can take over a hockey game, no matter how high-powered the opponent may be.

The importance of a good goaltender is disproportionately represented by how seldom they're taken in the first round. In the past ten years, only eight goalies have been taken in the first round. This may be because it is so hard to predict whether a goalie that is successful in minors can translate that to the NHL level.
A tweet from Corey Pronman of The Athletic shows just how hard that can be.

As Malcolm Subban hits waivers, Andrei Vasilevskiy has been only first round goalie in the last 10 drafts to secure an NHL job.

Of the eight goalies drafted in the first round, only one has managed to have an NHL job in 2017. It's true that this doesn't mean that they will never get an NHL contract, especially in the cases of recent draft picks Jake Oettinger and Ilya Samsanov who haven't really had a shot to show what they can do.

This is the list of first round goalies (from 2007-2017) not currently employed by an NHL club:

The fact that only eight goalies have been drafted in the first round during the last ten years, and that only one has translated into a successful NHL goaltender, is a testament to how hard it really is to draft a goalie. If elite goalies were easier to predict, you can be sure that they would be swiped up at the same sort of rate as elite quarterbacks in the NFL. They're that important.

What is especially intriguing about this fact is that goalies were drafted much more frequently and to much more success in years prior. In the previous five drafts (2002-2006) the following goaltenders were drafted in the first round:

It's not clear what exactly happened to create such a dramatic shift, but goalies coming through the minors are going to have to really stand out if this trend is going to change. It seems like teams are simply unwilling to use their 1st rounder to try to predict an elite NHL goalie - even teams that are in need at the position.

With a bunch of aging goaltenders currently holding starting jobs for NHL clubs, maybe a flux in high draft pick goalies will occur in the next few years.