Almost all skates that people frequently use basically look the exact same, especially in recent years. Still, over the years, some brands have experimented a little bit, but they usually haven’t lasted very long. We’ve gone ahead and gathered some of the weirdest experimentations we’ve seen and put them all into one list.

These are the six weirdest skate designs in hockey history: 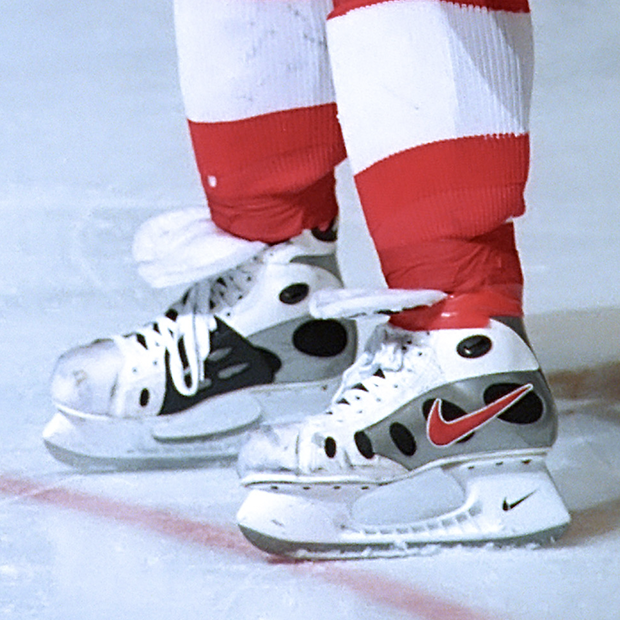 Again, we could probably just fill this list with Nike skates. Their designs were some of the most unique in hockey history and this one topped the list. Sergei Federov’s special versions of the Nike Zoom Airs that were all white with the red swoosh are the best. 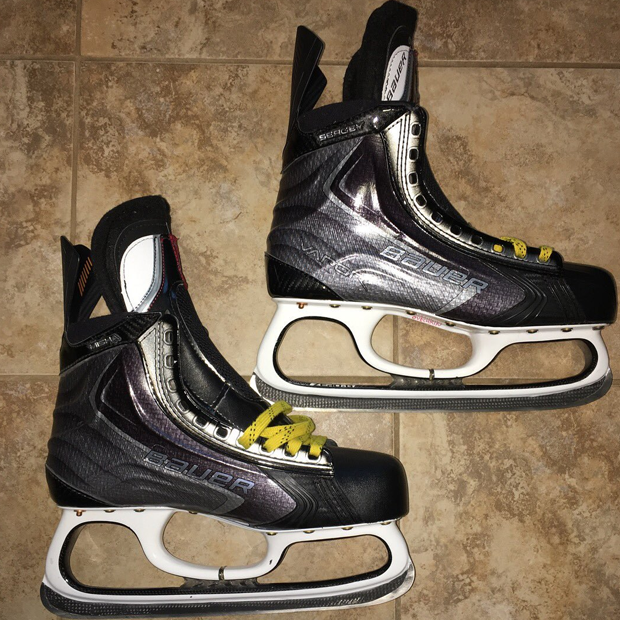 This one never officially made it to market, but it was created as a concept by Bauer. It looks like what most people would draw if they were trying to imagine the future of hockey skates – which makes sense, because that’s basically what the Bauer team was trying to do. They made this concept based on if there were no restrictions based on price or prior designs to make a new skate and this is what they came up with.

There’s not much info on it, but you can hear a member of the team who created talk about it a little bit in this video: 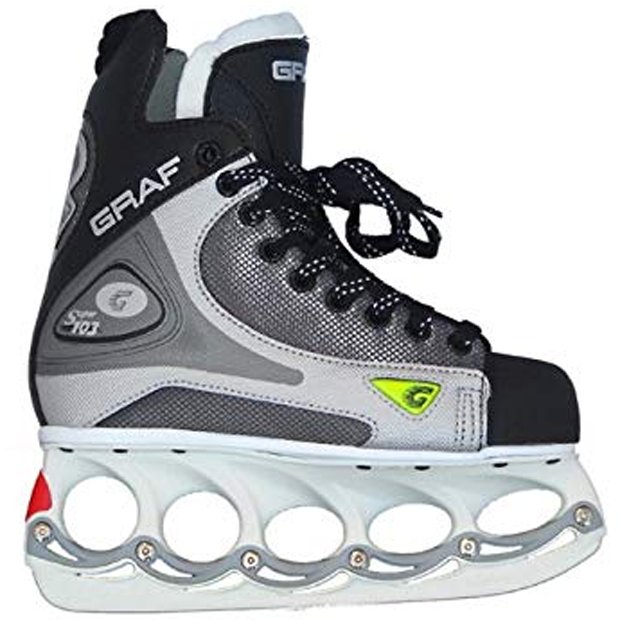 T-Blades are a popular item to look back on in the hockey community, because they just stand out so much more than any other hockey runner/holder. You don’t actually even sharpen T-Blades, you just replace the blade when it starts to get dull. So, when they were included as a standard part of certain Graf skates, that had to be one of the weirdest changes in hockey history. They even made it to the NHL. 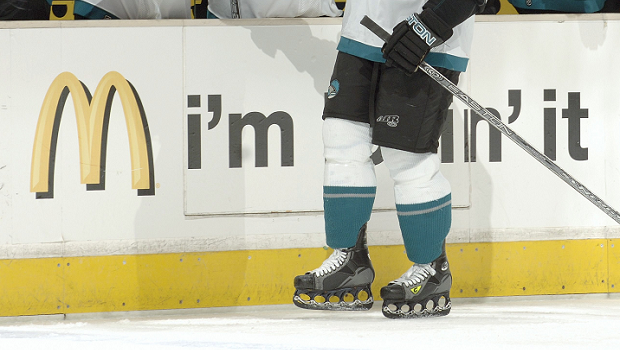 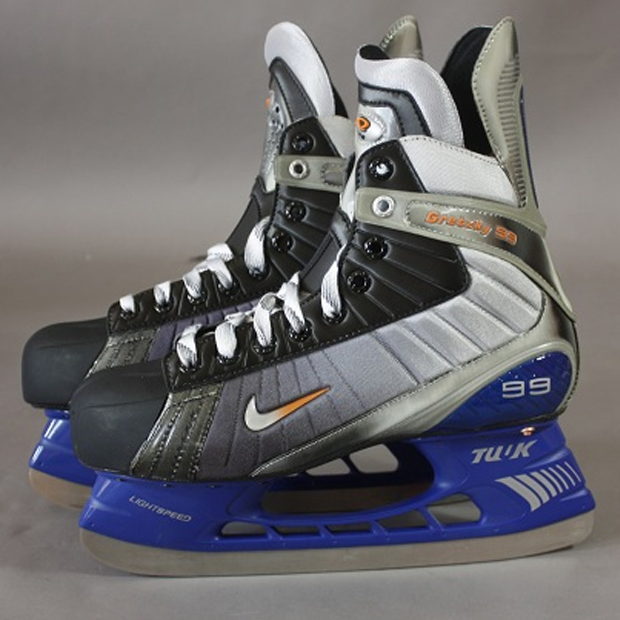 He wore these in the 2003 Heritage Game in Edmonton. There are very rarely custom skates made in the NHL and when they are, it’s usually just a different colour or image printed onto the same boot. This customization had a little more with the blue holder, the number 99 on the heel and the Gretzky name on the side.

Add in that it happened in the short period of time where Nike made their own gear and this is one of the weirder skate designs to look back on. 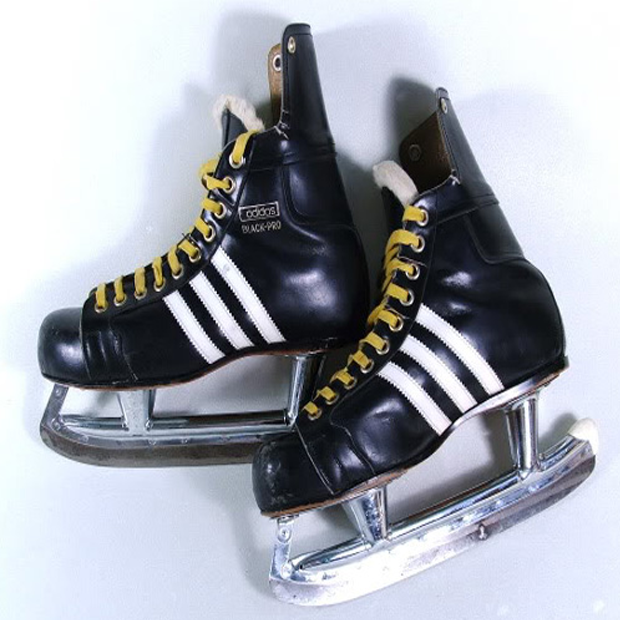 Honestly, we were just surprised that the three stripes ever made hockey skates under their own brand. They had involvement with CCM and Reebok recently, but these ones are like no skate we’ve ever seen. It’s weird to see on a skate, but we’d still love to see it make a comeback. 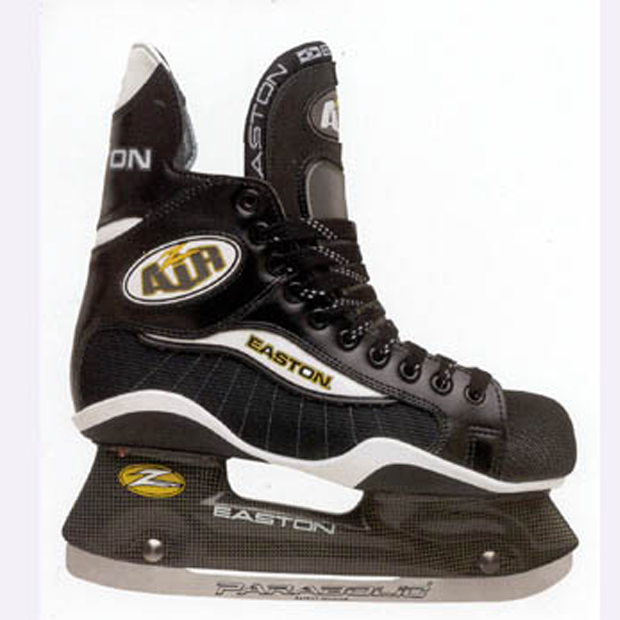 Easton no longer makes skates and skate sharpeners are probably pretty happy about it. While the boot construction is somewhat unique on this skate, what really puts it on the list is that holder. The hole in the middle of the holder is a lot smaller than most, so they can be extra difficult to get onto the sharpening holder.