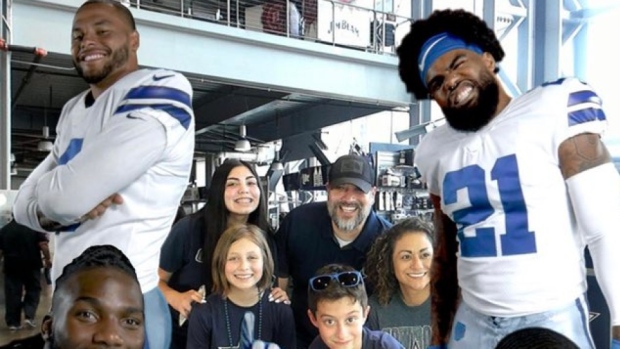 Obviously, NFL teams have a few too many fans for everyone to get their own photo op with the players.

So, the Dallas Cowboys came up with the next best thing. This interactive photo kiosk inside AT&T Stadium is definitely one of the coolest stadium amenities we’ve seen in some time. It allows fans to select five of their favourite players, who then step into frame digitally for a group photo that looks... remarkably real.

This next level photo kiosk at AT&T Stadium allows fans to take pics with their favourite #Cowboys players 🤯 • (🎥: Twitter/DCBlueStar)

Man. That there is a cool piece of tech to liven the fan experience. Jerry Jones sure knows how to throw money around.

Even the Ezekiel Elliott contract holdout, which threatened to loom into Week 1, was resolved with time to spare, and things seem to be rolling in Dallas now after cruising past the Giants to start their season with a win.