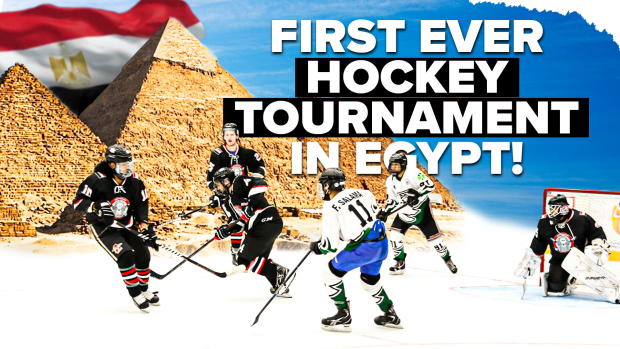 Since hockey’s inception into mainstream sports culture, it has stayed noticeably narrow in global talent distribution. If a player has made it to the NHL, there’s a good chance they come from just a handful of select countries. Canada, U.S.A., Scandinavian countries, Russia, or Czech Republic.

More recently, we’ve seen the talent distribution widen a little more. Countries like Germany and Switzerland are becoming increasingly relevant within the international hockey landscape, and countries like Austria and Latvia continue to made strides as well.

One of the biggest barriers for the globalization of hockey is the fact that it is hard for warm-weather countries to develop the game within their country. There are no natural rinks available, and indoor rinks are sparse (at best) and difficult to maintain.

In the big picture, this leads to less interest and less availability of equipment and facility across a huge portion of the world. While the barriers continue to be high, some organizations such as the Friendship League are persistently chipping away.

The Friendship League is self-described as “a tourism organization that harnesses the power of sport to foster genuine cross-cultural engagement between otherwise distant communities.” They have worked to put on hockey events in Kenya, Turkmenistan, and Korea in the past.

Who can forget the now-iconic Kenya Ice Lions jerseys?

Most recently, the North American based Friendship League made their way to Cairo, Egypt.

The Travelling Goalie made a stop in Cairo a few years back...we might have to try and recreate this amazing photo at the Egypt Ice Hockey Experience 2021 (Oct. 23-29).

Not many places left, so if you plan on coming, head over to https://t.co/LcnMCWcGaO asap! @TravellinGoalie pic.twitter.com/c8r3PBppgl

Playing against a team comprised of players with Egyptian roots (albeit, with North American roots as well), the Friendship League entered into Genena Mall in Cairo and found the small skating rink located within.

The 3v3 tournament was a big deal for the locals, as players were brought into the facility with a police escort and many big names were in attendance. In a YouTube video put together by Friendship League participant Alex Frecon, you can see how much of an impact a simple ice hockey tournament can have on a community.

Despite being hyperbolically labeled as “World Class Hockey,” the gameplay itself rests comfortably in the shadow of the true meaning of this event. The power of sport was on full display throughout the duration as it showcased a bonding of community, an openness to new people and things, and a moment of solidarity that stretches beyond borders.

The Friendship League is continuing to make strides in the globalization of hockey, and they’ve already got an upcoming trip planned; Ecuador!