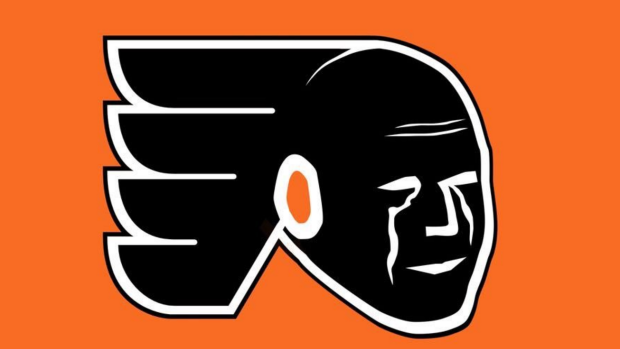 Sunday, the Philadelphia Flyers fell 4-3 to the New York Rangers.

The loss was significant as it officially eliminated them from the postseason contention, and for the third time in five season, the Flyers won't be playing playoff hockey.

The loss also put the Flyers in the history books for one of the worst reasons ever as they became the first team in NHL history to have a 10-game winning streak during the season and miss the playoffs.

What if we weren't the first time to miss the playoffs after winning 10 straight games? #HistoryWillBeMade pic.twitter.com/vGD4EruSGA

Flyers are the first team to have a 10 game winning streak and not make the playoffs. So we have that.

Flyers fans in December: Ten wins in a row! The cup is ours!

After December 17th, the day the Flyers' 10-game win streak came to an end, Philadelphia was eight points ahead of Tampa Bay for the last wild card spot in the East.

They were also just four points back of the Rangers for first in the Metropolitan division.

Unfortunately, the Flyers won two or more games just three times after the streak (four straight wins being the longest victory streak) and quickly fell out of playoff contention.

At least Flyers fans can be proud of the fact their team helped make NHL history with their winning streak.

The Blue Jackets, Flames and Wild are all going to the playoffs.