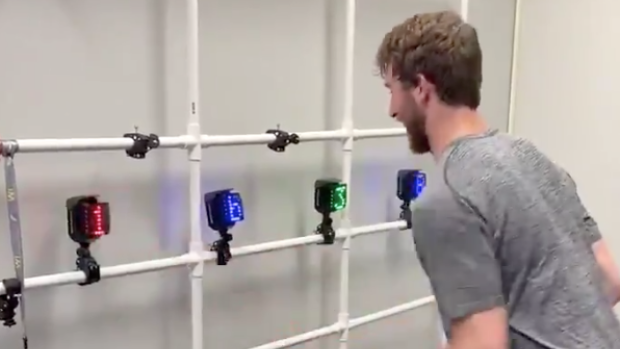 The approach and view on training in any sport has changed so drastically from what it was back in even the 90s, but specifically earlier than that.

We've all heard the stories from our parents (or saw this firsthand) of hockey players smoking on the bench in the "good old days", but it's outrageous to think that ever happened based on how players train nowadays.

That outside edge work from @sprong97 is, um, magical. 😍

There are different methods of training that help athletes get an advantage and take the next step in their development.  Some are more unique than others and it looks like the Hurricanes have added one of those unique methods to train reaction time and on-ice decision making.

Cognitive training isn't new, per say, but it's interesting to see it implemented by a hockey team rather than an individual and even if this training method is implemented by other teams, it's just cool to visually see it.

It might be difficult to fully comprehend the impact on a player's game this type of training can have because it won't show up in a box score, but there's a reason why so many athletes are adding it to their routine and we are big fans of unique training methods like this.