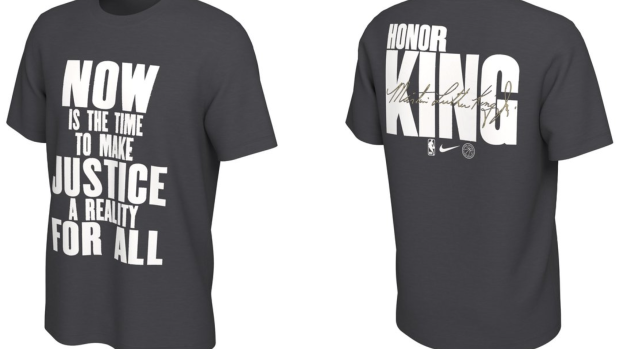 Our league, the values and teachings of Martin Luther King, Jr, are inextricably linked. On January 18th we will pay respect to the life and legacy of MLK through stories of unity, togetherness and equality. #MLKDay pic.twitter.com/0ZmRGB6nUP

The NBA has been at the forefront of the fight for social justice. The league, throughout last season and even into the offseason, has been very vocal when it comes to supporting movements, such as BLM, that support and amplify voices to advocate for racial equality. The NBA season has restarted and the support is just as strong.

Beginning Wednesday and throughout the weekend, NBA's teams, coaches, and players will continue to use their platforms to amplify voices through conversations surrounding race and equality and encourage others to take action as well honouring Dr. Martin Luther King Jr.

Throughout the weekend, all 30 NBA teams will honor Dr. MLK’s fight for justice and examine the history and impact of inequality in America.Teams playing Jan. 14–18 will wear Nike warm-up shirts designed in collaboration with the NBPA, MLK Foundation and Martin Luther King III. pic.twitter.com/DKK4BjHlvp

The front of the t-shirt features words from MLK’s timeless “I Have a Dream” speech at the March on Washington on Aug. 28, 1963, “NOW IS THE TIME TO MAKE JUSTICE A REALITY FOR ALL,” while the back reads “HONOR KING” with the lettering adorned with Dr. King Jr.’s signature.  Both messages are printed in a font derived from the carrying signs used in Dr. King Jr.’s memorial march on April 8, 1968.

You’ve seen our MLK Nike City Edition uniforms in photos. Now you get to see them in action.

For the first half of the season, there will be four Unity Nights. Each night, we’ll proudly wear the MLK letters across our chest & compete to #EarnTheseLetters. pic.twitter.com/qKdjdv8cMr