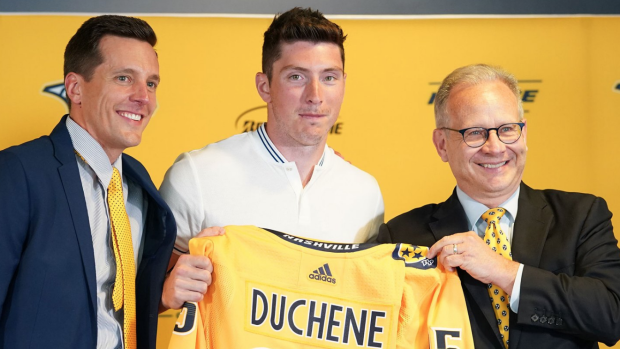 Everyone speculated Matt Duchene would end up in Nashville last season one way or another, whether that was before the trade deadline or in free agency in this summer.

The latter ended up coming to fruition as Duchene signed a 7-year, $56 million deal with the Predators and on Tuesday, he was in Nashville for his introductory press conference.  Aside from answering questions, Duchene put on a Preds jersey and was gifted a custom guitar, too.

Many hockey fans know Duchene has a passion for country music and playing guitar, so the custom Predators guitar was the perfect "Welcome to Nashville" gift.

Duchene's day didn't end after the press conference.  The former Avalanche stopped by a hockey school and signed some autographs for young fans.