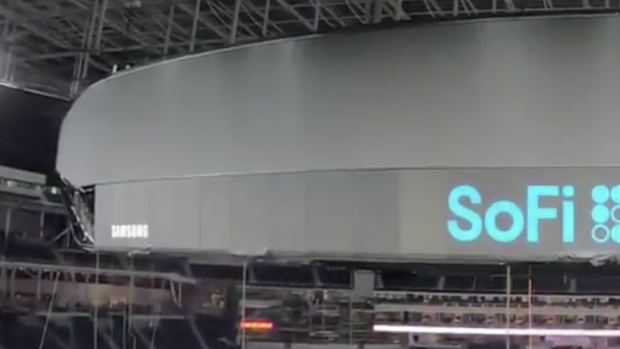 This season, the Los Angeles Rams are scheduled to play their games at the brand new, state of the art, SoFi Stadium.  The project has taken four years to build and it cost around $6 billion dollars which means it should be one of the best stadiums in the NFL once it officially opens.

One of the features fans and players alike will gravitate towards is what's being called the 'Oculus,' which is a gargantuan, halo-looking structure above the field of play that is officially complete.

The Oculus spans 120 yards and displays 4k video on both sides, which is part of the reason it's one-of-a-kind.  It also includes some 80 million pixels to go along with a 260-speaker sound system.

Need that for the house! 🤣

Rams wideout Cooper Kupp has it absolutely correct, where can we get one and what video game are we playing on it first?