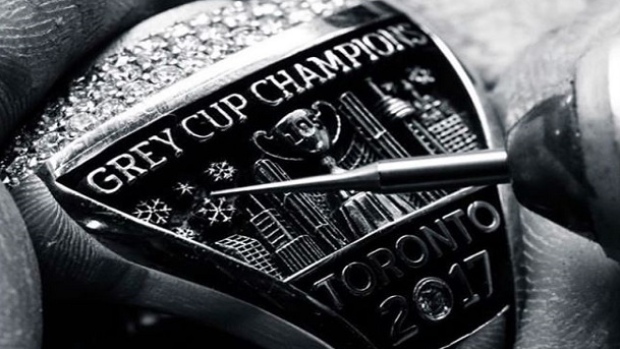 The Toronto Argonauts managed to win just four of their first 11 games of the season last year, but they looked like an entirely different team following their Week 12 bye week as they went on to win five of their final seven games to clinch the East Division.

The Argos then went on to pull off two incredible late victories in the playoffs to capture their 17th Grey Cup title in franchise history and on Friday afternoon the players received their precious Grey Cup rings.

What a time ! @TorontoArgos pic.twitter.com/FpwH2iie7n

What a journey thank you @TorontoArgos for everything and to my brothers I love y’all like family 😔🙏🏽 pic.twitter.com/AdoBABTihM

The entire team received their 105th Grey Cup rings at a special ceremony on Friday in Toronto and the final products are absolutely stunning. The inside of each ring includes the final score from the game, as well as the date and the team’s slogan ‘Today Is The Day’, while the front of the ring features a massive Argos logo and 17 diamonds for each Grey Cup title the franchise has won.

One of the sides of the rings featured Toronto’s skyline sandwiched between ‘Grey Cup Champions’ and ‘Toronto 2017’, while the opposite side includes the player’s last name, number and an overhead shot of BMO Field with the word ‘Together’ banded across the bottom of it.

Winning a championship is a special thing and now everyone from the 2017 Toronto Argonauts’ roster has a new piece of jewelry to remember the day and the season forever.

I can get use to driving like this ! #Thankful 2x Champ #Lemondrops 🍋 💦 pic.twitter.com/4XDIFP8pQr