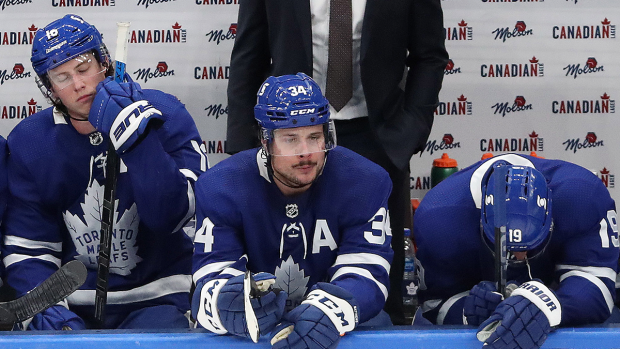 19,787 days. That’s how long it’s been since the Toronto Maple Leafs have won the Stanley Cup. That’s 53 seasons without Toronto hoisting Lord Stanley. Yes, that it a very long time... The last time the cup was lifted by the Maple Leafs was the 1966-67 season. Toronto beat the Montreal Canadiens in six games in the Stanley Cup Finals.

At 19,787 days, today the @MapleLeafs have set a new record for the longest @StanleyCup drought of all time. #LeafsForever #NHLPlayoffs

The Maple Leafs just passed the New York Rangers for the longest cup drought. The Rangers last won the cup in 1993-94, but before that they hadn’t won since the 1939-40 season. So the Leafs and Rangers both have a 53 year drought to their name, however the Rangers streak is over, and the Leafs extend their record by the second.

Habs are moving on! pic.twitter.com/aUkYCDC46o

It’s not necessarily a record to be proud of, but it’s far from the worst droughts that we’ve seen in the world of sports. The Chicago Cubs went 107 seasons in between World Series wins. The Arizona Cardinals franchise holds the longest active drought in North American sports, as they haven’t won an NFL championship since 1947. Of course, the franchise wasn’t in Arizona for all those years.

As for the NHL, the Leafs closest competition is currently the Arizona Coyotes. Since entering the league in 1979-1980, the Coyotes franchise has yet to win the Stanley Cup.

It’s been a painful enough season for Leafs fans as their team was once again unable to get out of the first round. Now this stat piles on to what was surely a postseason of heartbreak. But here’s the good news, even if the Leafs were in the finals, it doesn’t look like anyone can slow down the Tampa Bay Lightning at this point.