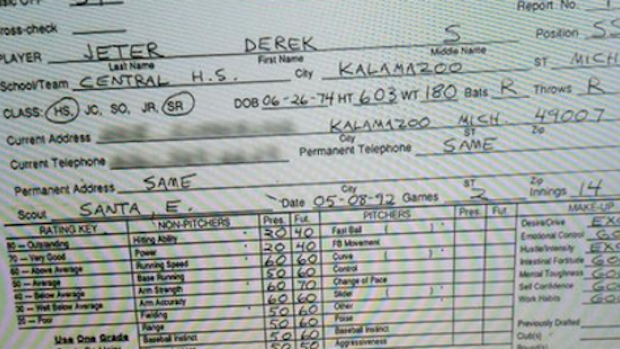 On Sunday night, Derek Jeter had his No. 2 jersey retired. The No. 2 was the last New York Yankees single-digit number available, so any new Yankee prospect who wants a single-digit is out of luck.

But what if another team had picked Jeter in the 1992 draft?

The Colorado Rockies were apparently very interested in Jeter, but weren't going to come anywhere close to the shortstop holding the 27th pick. However, the Rockies scouting report on Jeter from 92 was recently found, and it's pretty cool to look back on.

Scouting report on Jeter circa 1992. pic.twitter.com/rs6O0fDEWn

"This guy is special" should have been on every 1992 Jeter scouting report. But the Yankees grabbed No. 2 with the sixth pick, and the rest is history.