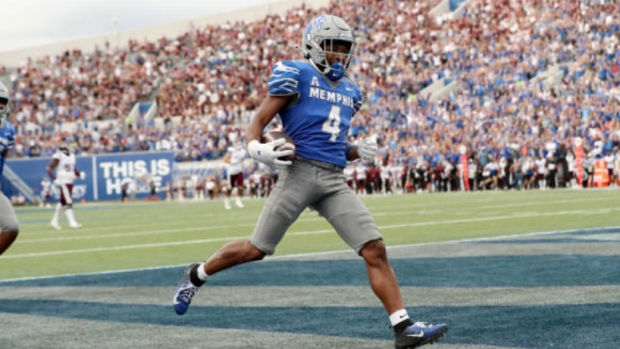 Being a punt returner would be a scary task. While you’re staring at the sky waiting for the punted football to come down, a handful of “gunners” are bearing down the field at full speed towards you. Sure, you can call for a fair catch, but if you want to stand out as a punt returner you have to start making a little bit of yardage back at least.

Memphis speedster Calvin Austin III may have found a sneaky way to circumvent the danger of it all!

Austin took advantage of a miscue by Mississippi State when their punt coverage left the ball on the ground. By rule, this is still a live ball, and Austin snuck between the coverage to scoop up the ball and high-tail it to the end zone.

He turned a fairly impressive punt coverage into an absolutely electric punt return touchdown. That’s one heck of a way to shift the momentum.

To make it even better, give a listen to the call on Memphis radio:

Here's how this sounded on Memphis radio: pic.twitter.com/rBXytUJCxK

Interestingly, the SEC later released a statement giving two reasons why the play should not have counted. One of the reasons was due to an inadvertent referee signal to stop the clock, which should have resulted in a dead ball, while the other reason cited was that Memphis had two players wearing jersey #4 on the field.

Either way, we’re just here for the chaos of it all.