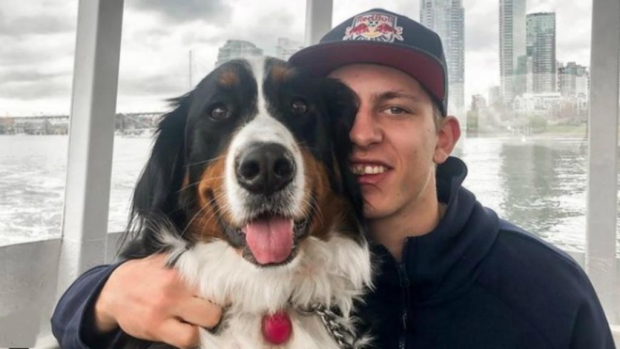 After four seasons with the Vancouver Canucks, Troy Stecher signed with the Detroit Red Wings on a two-year deal. This meant he’ll have to get used to a new team, new fans, and a whole new city. But first, he has to get there!

That’s proven to be a tall task with all the craziness of the pandemic. Stecher decided he’d make the trip from Vancouver to Detroit by car – which is nearly 4,000km. Luckily he didn’t have to do the trip alone, he had the best travel companion imaginable with him.

“There was no way I was coming out here without her,” he said. pic.twitter.com/IGRjOtAlYZ

That’s the sort of companion that you likely won’t get sick of halfway through and have to tough it out. Let’s just hope Phoebe was bringing her A game with the snacks and the playlists.

That’s heartwarming! What a fabulous dog!! 💕💕