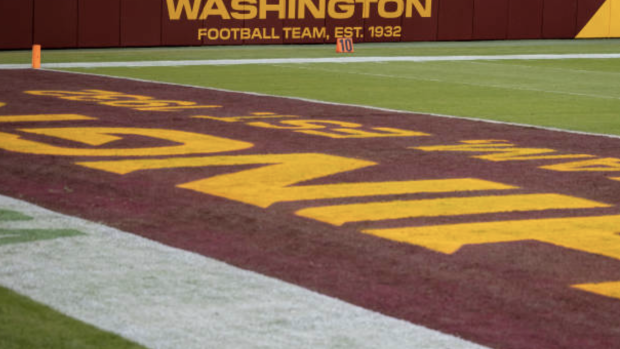 When the Washington Football Team Changed their name last July, the generic name was looked at as a placeholder until the organization could find another name.

Though it seems like its simplicity actually may have won fans over.

8 months later and it appears that the team is considering keeping their name and honestly we’re on board for it.

Do you see what we mean?

So when team president Jason Wright that fans have actually taken a liking to the name, we had to agree. It’s grown on us.

There currently isn’t a name that is in the front running to beat out the WFT name as it will remain the same until the end of the 2021 season when the permanent name would be issued prior to the 2022 season.

Though we have to agree with this football fan, we sometimes catch ourselves slipping up a bit on the acronym.

I honestly have grown to like The Washington Football Team as a name. Except I always read WFT as WTF. Which is 100% acceptable at times.

So what will it be? The Washington Red Wolves? Warriors?

If you have any suggestions on what the team should rebrand themselves, then you’re in luck! Get your submissions in before April 5th!

The Washington Football Team will close fan submissions for its new name at 11:59 p.m. ET on April 5. Then it'll move into the “insights phase of rebranding" to review the submissions, conduct focus groups and surveys, and get informal feedback.