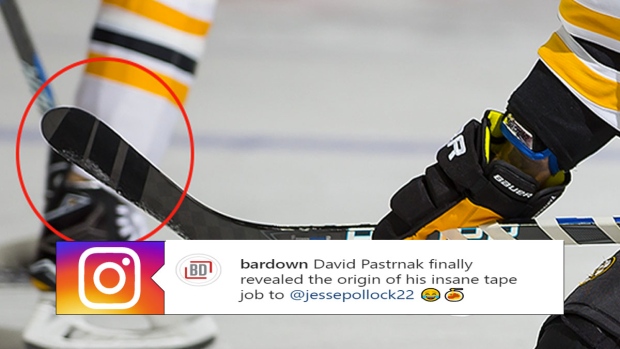 There's a lot of mysteries in hockey that will probably never be solved,

While the majority of them will likely remain mysteries, we can finally put one to rest.

If you're ever wondered what the heck is up with David Pastrnak's tape job, BarDown's Jesse Pollock has done the hard-hitting journalism to find the answer. For reference, Pasta's head-scratching tape job looks like this.

Of course, Jesse had to ask, and Pasta's answer did not disappoint.

If we put up 30 goals in the show, we wouldn't change a thing either.