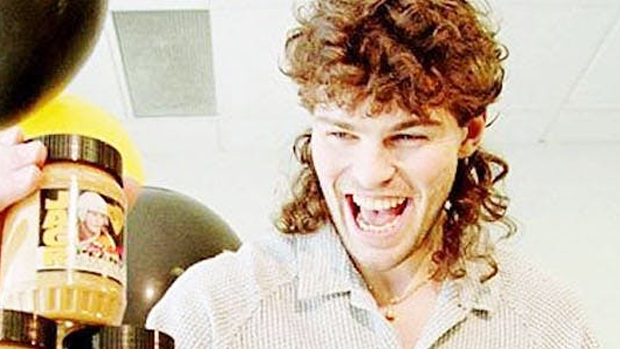 For your consumption pleasure, that leaves us with some real weird advertisements involving NHL players. Who knows how or why. Maybe some of these players followed poor advice on endorsement opportunities, or were just made to look bad by a chaotic creative process, or maybe they just don’t care, in which case, hey, power to them! Go forth, secure the bag.

While we’re here on this slow-moving Thursday afternoon, though, let’s recount some of hockey’s strangest forays into the ad game.

5. Pavel Datsyuk cares about your eyes

Look, we kind of see what they were going for here. Pavel Datsyuk has a storied career of scoring goals in the NHL, and scoring goals is obviously harder with unreliable eyesight. Enter: local Detroit-based eye care clinic, Rahmani Eye Institute.

But watch the commercial for yourself, and you’ll see just how quickly this falls flat. Datsyuk’s delivery of his one line (“I trust my eyes to Doctor Rahmani, and you should too.”) is so stilted, and that’s the moment you realize: this is such a reach.

A deep cut from the 1990s: snow racers! I don’t know why Brett Hull is covered in sweat to sell snow racers to audiences, but, hey, why not. The one thing missing from this commercial is Brett Hull riding a snow racer.

This advertisement is delivered in Czech, which is great, because there is literally no chance for the non-fluent viewer to figure out exactly what is being advertised here. Our first guess was a smoke alarm system, our second guess was cake, and we didn’t even know what to make of the quantity of models involved.

The answer is that it’s for a lottery company. But the possibilities are endless, and this commercial is better consumed with a little mystery.

2. Peanut butter for the best of reasons

We’re going back to back with Jagr endorsements. There are a number of players that could’ve appeared twice on this list, such as Ovi or the player that you’ll see at number one on this list, but there’s really no doubt that this Jagr-branded peanut butter earns its placement here. First of all, the product name literally is just Jagr Peanut Butter. It’s an original product.

Really, an inspired business decision. If you want a jar for yourself, somebody on eBay is selling one for… a light $150.

Find out for yourself who takes top spot on this list, because the suspense is clearly everything to this commercial. It is, in fact, for defunct denim company Great Western Garment. About 25 seconds of this 30-second commercial is dedicated to a butt – although, the reveal at the end with the turn-to-camera shot might steal the show.

Treat yourself to some more inspired moments from the owner of this mystery butt, too.