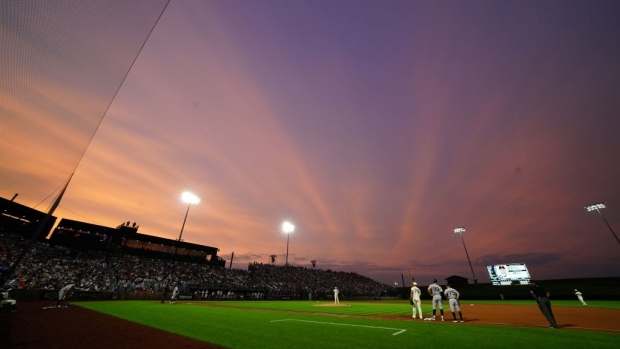 Alright, you may call us crazy with this one but hear us out.

As the inaugural Field of Dreams game between the Yankees and White Sox was everything magical and poetic about what we love about baseball’s roots, we couldn’t help but think about the endless possibilities of future games.

Well, look no further because we think we came up with something incredible here.

imagine MLB did a Field of Nightmares game on Halloween? I CERTAINLY would watch players dress up in Halloween costumes and play.

Putting a twist on the film we know and love, a Field of Nightmares game.

Ya, you heard us alright. A Field of Nightmares game.

Taking place around or even on Halloween.

We know, having a Halloween-themed World Series game may seem super strange but even if it’s just an exhibition game, we think it would be incredible.

Players would wear Halloween costumes, Take Me Out to the Ball Game would be replaced with a rendition of Michael Jackson’s Thriller.

Guys, we think there truly is some backing to this. Of course, costumes could potentially cause costume malfunctions but that’s all a part of the fun!

Imagine Vladdy dressed up as a goat crushing bombs! Or Tatis Jr. dressed as the Swinging Friar?

We think there’s definitely potential there, so let us know what you think! Would you tune in and if so, what would you add to this Halloween-themed night?