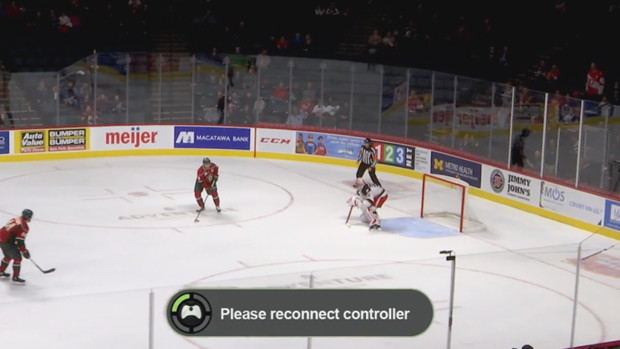 Luke Kunin likely has a bright future in the NHL, but this was just not his game.

The 2016 first-round pick was recently sent down from the Minnesota Wild to the Iowa Wild and according to Bruce Boudreau, it was partly to get them a little more confidence. Unfortunately, the opposite might happen after the internet got a hold of a recent blooper he had on a breakaway.

Kunin basically chose to turn his breakaway into a 2-on-1.

Realistically, his strategy did kind of work, because he set up his teammate with a wide open shot, but he totally whiffed on the shot and failed to bail Kunin out of this bizarre sequence.

On the bright side, people don’t feel this is the worst breakaway of all time. Last year, Blake Comeau did something that will haunt him for years. Reddit user Architektual dubbed his breakaway drop pass (That was intercepted) as a Blakeaway, which is far too good not to catch on.

On top of that though, you don’t have to worry Luke, this breakaway was definitely worse than yours. You were still on your feet by the end of it.

Worst breakaway ever? . (Via: @TheAHL)