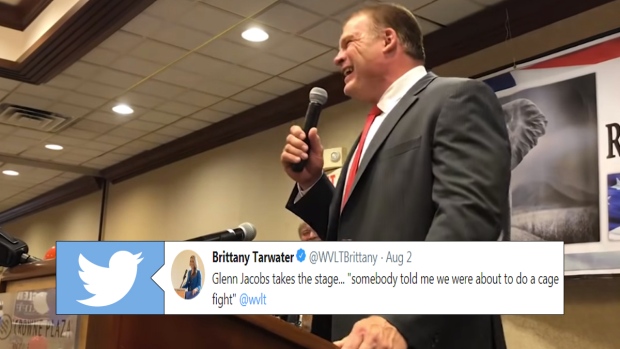 Glenn Thomas Jacobs, better known as his wrestling name Kane, made a splash in the world of politics as he was elected as the new Mayor of Knox County, Tennessee. The 51-year-old has been a professional wrestler for more than half of his life, but now he’s going to put most of his focus into making Knox County a better place.

As Jacobs made his way to the podium for his acceptance speech he did it the way he’s known for a quarter of a century, with intro music.

Glenn Jacobs takes the stage... "somebody told me we were about to do a cage fight" @wvlt pic.twitter.com/PtUkVQ7nox

While he may not go by Kane when he’s in the office, he certainly hasn’t forgot about his roots is still using his intro music, “Slow Chemical” by Finger Eleven, when he feels it’s appropriate.

Jacobs will move into his new office starting September 1.