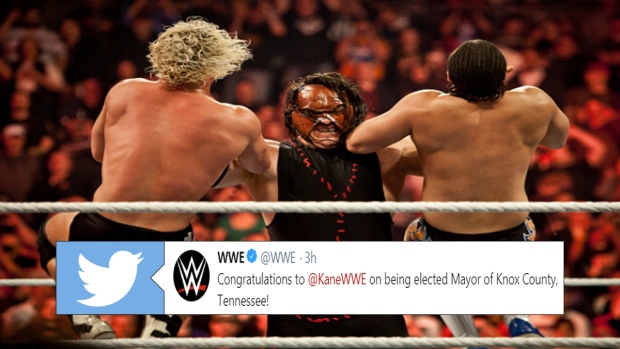 Glenn Thomas Jacobs, better known as his wrestling name Kane, has been a professional wrestler for more than 25 years and is currently signed to WWE under the SmackDown brand.

However, we might have seen the last of Kane inside the ring due to the final results of Thursday night’s election in Knox County, Tennessee.

Congratulations to @KaneWWE on being elected Mayor of Knox County, Tennessee! https://t.co/I4E5YQhYCC

That’s right, the man you remember watching dominate in the ring under the name Kane is going to take over as the Mayor of Knox County later this year on September 1, after the results came in that showed he won the race by more than a whopping 16,000 votes.

Another achievement to add to his already outstanding résumé.