Leafs' legend Bower passes away at 93

On Tuesday night, longtime Toronto Maple Leafs goaltender Johnny Bower passed away at the age of 93.

Bower was a key part of the Maple Leafs organization, helping the franchise capture four Stanley Cups which included its most recent one in 1967. Athletes and fans paid tribute to the Prince Albert Saskatoon native, and acknowledged the impact he had on the game.

The hockey world mourns the loss of Johnny Bower.

Below, we took a look at seven facts from his memorable life.

HE SERVED IN THE ARMY

Bower served in the Canadian army before beginning his professional hockey career. At 15, he lied about his age and joined the army until he was discharged due to rheumatoid arthritis; an autoimmune disease that causes chronic inflammation of the joints, in 1943. He played for his hometown’s Prince Albert Black Hawks of the SJHL in the 1944-45 season.

LONG ROAD TO THE NHL

Becoming a starter in the NHL was a hard-earned gig for Bower, who didn’t get his first sniff of  action until he had played eight seasons with the American Hockey League’s Cleveland Barons. His first full NHL season came in the 1953-54 campaign when he started 70 games for the New York Rangers. After recording a 29-31-10 record, Bower went back and forth between the Rangers and AHL until he landed his gig with the Leafs in the 1958-59 season.

Bower captured two Vezina trophies, but he wasn't alone when he was awarded it for the second time. The goaltending tandem of he and Terry Sawchuk became the first co-winners in NHL history to share the honour as the two combined for a 2.47 goals against average. Bower’s first Vezina came in the 1960-61 season when he led the league with 33 wins.

ONE OF THE OLDEST TO COMPETE FOR THE CUP

On April 6th, 1967, Bower became the second oldest goaltender to start in a Stanley Cup Final game at 42 years, 5 months and 17 days. He would capture his final Stanley Cup that year after Bob Pullford scored his iconic series clinching overtime goal. 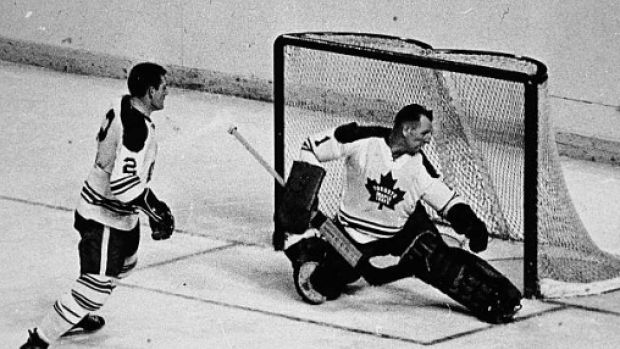 OLDEST FULL-TIME GOALTENDER OF ALL TIME

Bower’s last full game was played on December 10, 1969 in a 6-3 loss to the Montreal Canadiens. At 45 years, 1 month and 2 days, Bower is still regarded as the oldest full-time goalie in NHL history. To give you some perspective, Roberto Luongo’s is the league’s oldest goaltender at 38 years old.

Bower remained closely connected to the Maple Leafs organization following his playing career. He currently holds the record for the most community appearances by a leafs alumnus and was extremely well-respected by the fan base. In September of 2014, Bower's statue was unveiled outside of the Air Canada Centre as a part of the team's Legends Row. That same year, a street in Toronto's Weston Village was renamed Johnny Bower Boulevard. 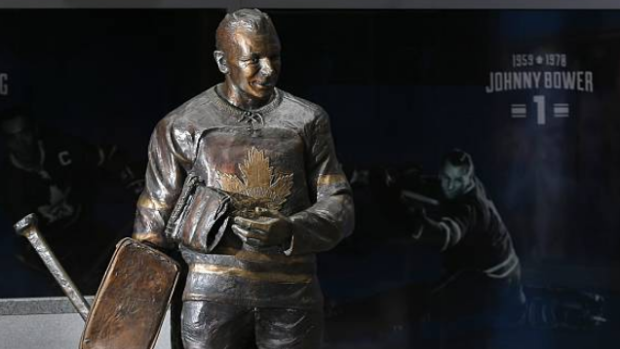 Bower was inducted into the Hall of Fame in 1976 alongside former defenceman Bill Quackenbush. He was named one of the NHL’s top 100 players and also had his jersey retired by the Maple Leafs on October 15, 2016. 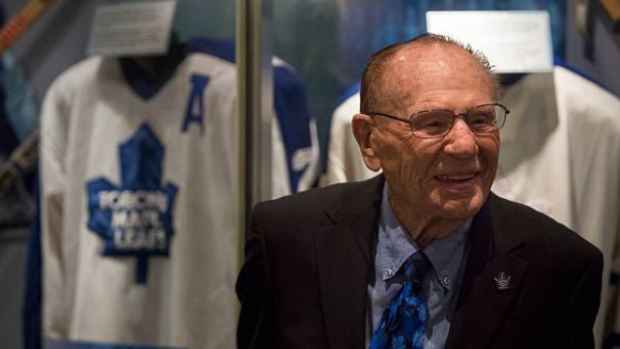